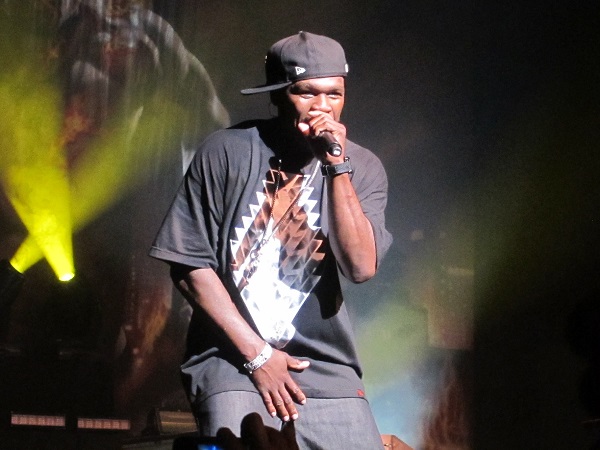 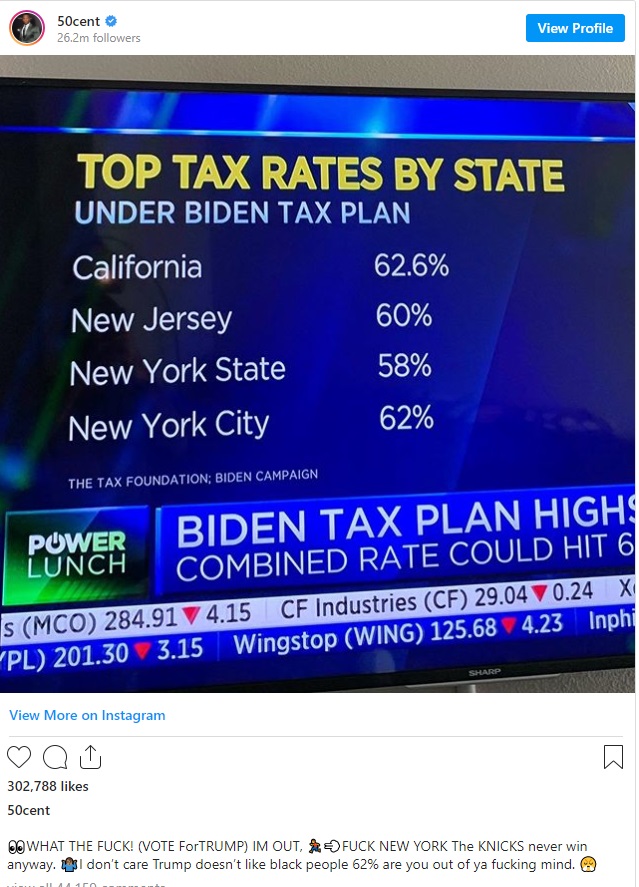 50 Cent’s unexpected departure from the Hollywood-Democratic-Party line follows experts’ analysis of Biden’s proposed tax plan. The Biden-Harris campaign admits it would result in a tax hike for those making over $400,000 per year. “Joe Biden will not increase taxes on anyone who makes less than $400,000 a year, period,” Sen. Kamala Harris (D-CA) said during a campaign stop in Orlando, Florida, earlier in the day.

“In California, New Jersey and New York City, taxpayers earning more than $400,000 a year could face combined state and local statutory income tax rates of more than 60%,” CNBC said of the Biden tax plan, on Monday. Forbes magazine put the “Get Rich or Die Trying” crooner’s net worth at over $100 million in February 2020.

In 2016, the rapper, whose real name is Curtis Jackson, likened Trump’s campaign to a hypothetical presidential bid from rapper Kayne West.

“I like the idea of him running,” 50 Cent said, referring to West. “That’s a lot of responsibility. It’s the same thing with Trump.”

Last week, the Power producer and actor posted a video of Trump dancing to “YMCA” at one of his rallies, remarking, “still no fucks given The Bots support TRUMP.”