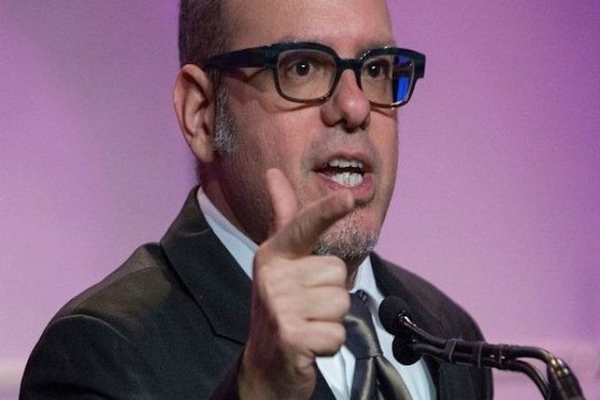 David Cross, actor-comedian responded to Joe Biden’s statement stating he wanted America to “heal” and “unite” by saying “fuck that. I want blood.” David is now backpedaling, saying he was misunderstood all along. Cross’s tweet, however, was taken by many as a call for retribution against Trump supporters. Cross in the past has talked about beating President Trump “to a bloody pulp” and urination and defecating on his body.

David Cross star of Mr. Show demanded “blood” in a tweet on Saturday in response to Joe Biden saying “It’s time to unite, heal, and rebuild.”

” This tweet has really taken off! I feel that I should be clearer though, while I DO want blood, I only need about 14cc’s of it, and not from everyone, just Kyle McCarthy in Davenport Iowa. I will explain later,” Cross later said. Cross later posted another tweet, saying he “was referring to menstrual blood.”

A strong public backlash came from the apparent call for violence.

This is not the first vicious attack of President Trump or his supporters from David Cross.

Back in October, he woke to the news President Trump had tested positive for coronavirsus. I did not know whether to be “thrilled or excited.”

Cross offered his “thoughts and prayers” to Melania Trump’s personal trainer rather than the First Lady herself.

While performing at the University of Utah in August 2018, Cross made the joke about beating the president ” to a bloody pulp” along with defecating and urinating on his body.

The Salt Lake Tribune reported at the time that Cross’ routine also “included humor about abortion, Nazis, the Holocaust, terrorist bombing, and AIDS.”