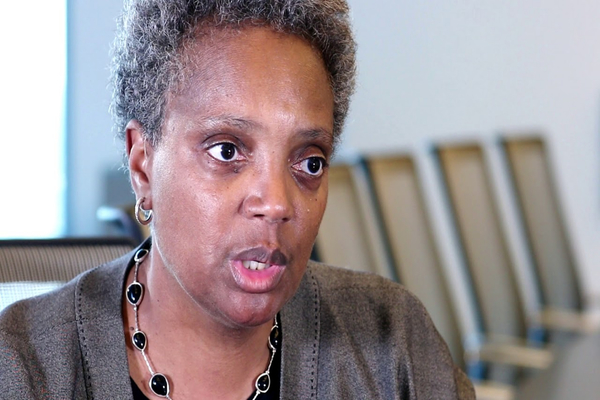 Eight people were shot inside a residence Tuesday, leaving four dead and four wounded. In comparison, 43 people have been hit by bullets over the weekend in Chicago, and 55 were shot the previous weekend in the city, Breitbart News reported.

Lightfoot specifically addressed Tuesday’s shooting of eight people in Engelwood, saying, “What we will likely learn as the details become clearer is that illegal guns continue to plague us. Gun violence continues to have a deep and painful history in our city. Unfortunately, Chicago is not unique. We are part of a club of cities for which no one wants to belong, cities with mass shootings.”

She added, “Cities individually cannot tackle this problem. We just cannot. In Chicago, we’ve done absolutely everything possible, and we need help from the federal government. When guns are so porous that they can come across our borders as we see every single day in Chicago, we know that we have to have a multi-jurisdictional, national solution to this horrible plague of gun violence.”

Lightfoot asked for federal help and said, “This is a national problem,” returning to a refrain she has repeated many times before in addressing the problem afflicting her increasingly violent city.

Lightfoot, in the summer of 2020, called for more gun control. She did not mention the “assault weapons” ban that was already in place.

Illinois already has a licensing process for would-be gun owners that includes a background check.

Illinois additionally has a 72-hour waiting period on gun purchases and a red flag law, among other gun controls.