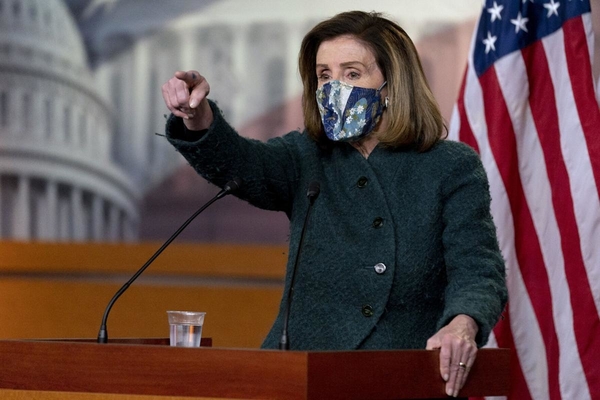 Pelosi spent the millions on options for Google, Salesforce, and Walt Disney stocks. The options are slated to expire in the coming years, allowing the Democrat oligarch to buy them at cheaper prices than market value in the future.

She literally bought the dip.

Pelosi’s critics have raised concerns about the appearance of insider trading in the arch-Democrat’s stock purchases, with Pelosi far outperforming the market in a manner an average day trader or Robinhood user could only dream of. As Speaker of the House, Pelosi is privy to sensitive information that could easily be used to discern profitable Wall Street developments.

Pelosi spent nearly $30 million on securities in 2020, a development that largely escaped the concern of the mainstream media and House ethics watchdogs. Pelosi openly opposes bipartisan proposals to bar members of Congress from buying individual stocks, with members of her own caucus such as Alexandria Ocasio-Cortez proposing legislation that would put a halt to Pelosi’s suspicious trading. Pelosi purchased more in securities than any other individual member of Congress.

With the options expiring in years where it’s likely Pelosi will have retired, it’s possible she’ll cash in on the profits after leaving Congress and public scrutiny. A Twitter account documenting a pattern of potential insider trading on the part of Pelosi was banned earlier this month, with the Big Tech platform acting as a de facto shield against allegations of corruption against Pelosi.