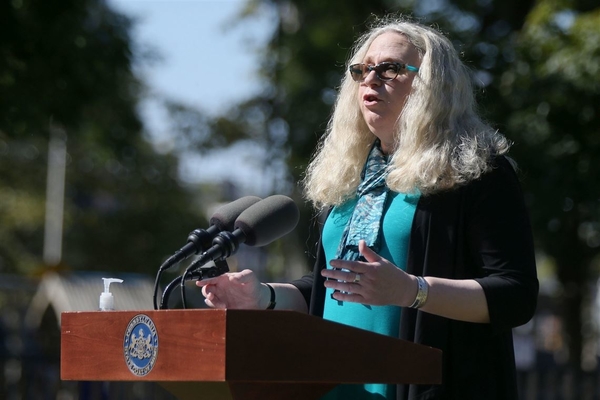 Wednesday, the Senate confirmed Rachel Levine to be the Assistant Secretary for Health at the Department of Health and Human Services.  The radical transgender extremist advocates for sex changes for kids and the drugging of children with puberty blockers.

The Senate confirmed Dr. Rachel Levine in a 52-48 vote to be assistant secretary of health at the U.S. Department of Health and Human Services. Her confirmation makes her the first openly transgender individual to be approved by the Senate and the highest-ranking transgender federal official.

Levine is the first person to be confirmed after openly supporting sex changes for kids and the drugging of children with life-altering puberty blockers that cause irreversible damages.

Rand Paul was the only GOP Senator with the balls to take on Levine man to man (figuratively speaking).  Lavine was grilled on her support for genital mutilation of children and drugging children by Rand Paul.

Levine joins the Biden team with Secretary of Transportation Pete Buttigieg, who has plans for taxpayer-funded “mentorship” to connect “LGBT youth” with “leaders” in politics and business to teach “self-love.”

SO…. This is what “return to normalcy” is to Biden’s administration.