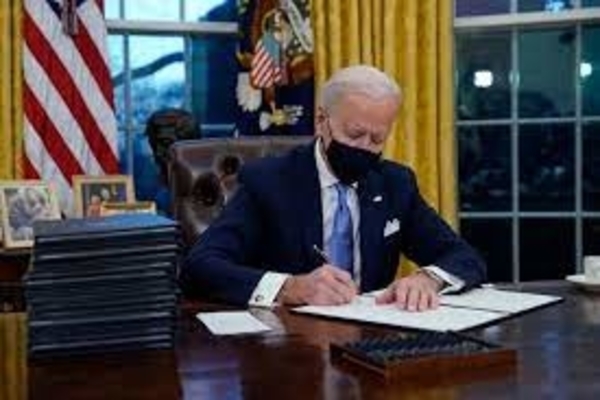 President Joe Biden may have illegally ordered the government to stop funds for the border wall construction and is now under investigation by Government Accountability Office (GAO).

On his first day as president Biden issued an executive order to pause the spending on the wall. The Government Accountability Office is launching a review to determine whether the new president broke the law by freezing the money.   A violation of budget rules designed to keep Congress in control of the cash flow, the federal watchdog confirmed this week.

40 Senate Republicans last week accused Biden of violating the law and making the migrant crisis on the southern border worse.  The pause on spending “directly contributed” to that flood of border crossers, Senate Republicans said in their letter to GAO last week.

“In the weeks that followed, operational control of our southern border was compromised, and a humanitarian and national security crisis has ensued,” the senators wrote in a letter to the GAO requesting a ruling on Biden’s questionable action.

According to a Politico report, the GAO reviews the order, noting the president may have broken the law by trying to control funding approved by Congress.  Congress passed the government funding package in 2020, signed by Trump, wall construction for $1.4 billion was included.

If the GAO rules against Biden, it will further his administration’s narrative using executive power to execute his radical agenda.