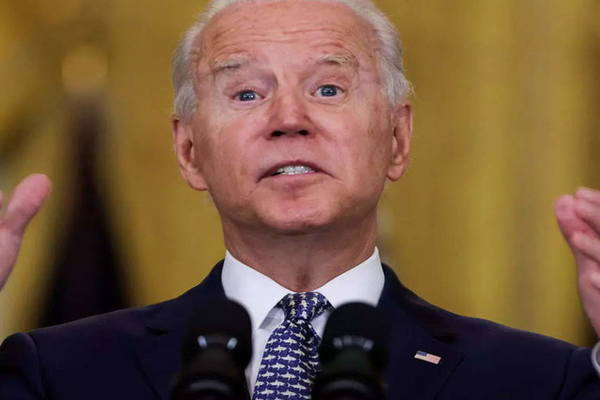 Demands for President Biden and administration members to resign are growing due to the Afganistan chaos.

On Wednesday, Sen. Josh Hawley (R-MO) tweeted: “Biden’s entire defense and foreign policy team must resign” for “the worst foreign policy debacle since Vietnam.” he also calls for “full congressional inquiry” upon the matter. “In the immediate term, we must focus on getting Americans trapped in Afghanistan out safely. That should be our top priority,” he said.

Rep. Claudia Tenny (R-NY) repeated her demand for Biden to resign for his “reckless retreat from Afganistan.”

“His mishandling of this crisis shatters all confidence in his ability to serve as our Commander-in-Chief, which is any president’s most sacred responsibility,” she tweeted. “As American lives hang in the balance, our president has been isolated from his advisors and asleep at the wheel.”

Rep. Andy Biggs (R-LA) argued that both Biden and Harris should resign immediately. “These past few days have proven what we’ve already known about Biden and Harris. They are completely unfit to lead.” He said, “They must resign!”

It is time for Joe Biden to resign in disgrace for what he has allowed to happen to Afghanistan, along with the tremendous surge in COVID, the Border catastrophe, the destruction of energy independence, and our crippled economy.

Joe Biden, his secretary of state, his defense secretary, his national security advisor, they have failed our fellow citizens in a way that I never thought I’d witness in my lifetime. His secretary of state, secretary of defense, frankly, they should all resign in disgrace. General Milley is obviously completely incompetent, and he needs to go… Anyone else who planned this idiotic, short-sighted withdrawal and failed to see the obvious handwriting that was on the wall, they all need to go and be fired.

Will Cain, a Fox News host, also called for Biden’s entire national security apparatus to resign for being “grossly incompetent” and “corrupt”:

Our political leaders, our top generals, our military brass, our national security apparatus are grossly incompetent or, worse, corrupt. And their resignation letters should be stapled to Joe Biden’s [desk].

As someone who served in the armed forces for fourteen years, watching our military leaders express more concern about the ‘existential threats’ of white rage and climate change than the combat mission they were responsible for feels nothing but tragic.

Competent military leadership could have withdrawn our forces in an orderly fashion, creating benchmarks and priorities that would have prevented the current situation. Neither the President nor the Pentagon did any of that.

Allowing weapons, helicopters, ammunition, and classified documents to fall into the hands of the Taliban is inexcusable. Not being able to defend our own embassy is a disgrace. Leaving the Afghans who fought beside us to fend for themselves is incomprehensible.

Rep. Majorie Taylor Green (R-GA) said she is drawing up articles of impeachment for Biden on Monday.

I have my team right now working on Articles of Impeachment because I’m so disgusted with Joe Biden. I’ve already filled out one set of articles of impeachment, but his failure as a president is unspeakable.

“5,000 to 10,000 Americans are still stranded in Afghanistan. The Biden Administration left them behind. Resignations need to happen immediately,” he tweeted.