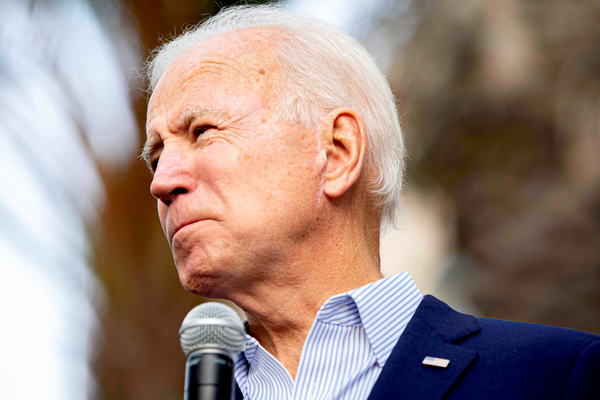 The Biden administration, along with Xavier Becerra, Secretary of Health and Human Services and an ally of Planned Parenthood, announced Wednesday that it plans to reverse the Protect Life Rule. This Trump plan sets clear boundaries between abortion and family planning.

HHS proposes to revise the rules issued on March 4, 2019 (84 FR 7714), establishing standards for compliance by family planning services projects authorized by Title X of the Public Health Service Act. Those rules have undermined the public health of the population the program is meant to serve. The Department proposes to revise the 2019 rules by readopting the 2000 regulations (65 FR 41270), with several modifications needed to strengthen the program and ensure access to equitable, affordable, client-centered, quality family planning services for all clients especially for low-income clients.

Sen. Steve Daines (R-MT), in a statement, said the purposed rule change is another effort by the Biden administration to direct taxpayer funds to the abortion industry:

Abortion is not family planning; it is family destruction. President Biden’s actions today are an attempt to provide a taxpayer-funded giveaway to Planned Parenthood and the abortion industry. This defies the law and tramples over the consciences of health care providers and the American taxpayers.

The Trump administration issued a final rule underscoring that taxpayer funds provided for the Title X family planning grant program could not be used in any way to support abortions in February 2019.

The Trump HHS rule blocked federal family planning funding to Planned Parenthood and other abortion providers that referred girls and women for abortions as part of their family planning services.

The regulations expressly prohibited using funds to “perform, promote, refer for, or support abortions as a method of family planning.”

Rep. Chris Smith (R-NJ), who has served as co-chair of the House pro-life caucus, said the Title X program “can now finally return to its originally intended purpose—the provision of family planning services, not abortions.”

The Trump administration established a clear line between family planning and abortion. Planned Parenthood and other abortion vendors wishing to continue receiving Title X family funds were required to move their abortion services to an entirely different location offsite.

The Biden administration is accused of funneling taxpayer funds to the abortion industry by Pro-Life leaders.

The newly proposed Title X rules fail to recognize that abortion has never been an accepted family planning method. They would undo the progress that has been made towards disentangling American tax dollars from funding the abortion industry. Instead, these new rules would result in tens of millions of taxpayer dollars being once again funneled to abortion businesses like Planned Parenthood when polls consistently show that U.S. taxpayers do not want to underwrite this life-ending procedure.

From the start of the Biden and Harris administration, they “have worked to pay back the abortion lobby that spent millions to elect them,” stated Marjorie Dannenfelser, president of Susan B. Anthony List.

“Coming on the heels of the Biden FDA’s refusal to enforce safety regulations on dangerous abortion drugs, plus Biden’s efforts to undermine the Supreme Court, their latest push to bail out the abortion industry proves there is no rule they won’t rewrite or simply ignore to get their way,” Dannenfelser asserted.

“President Trump’s Protect Life Rule respected both the plain statutory language of Title X and the strong majority of Americans who oppose using taxpayer dollars to pay for abortion on demand,” she added. “Abortion is not ‘family planning,’ and Biden-Harris Democrats pursue this extreme, unpopular agenda at their political peril.”

The Biden administration proposed rule will be open for public comment beginning Thursday for 30 days.