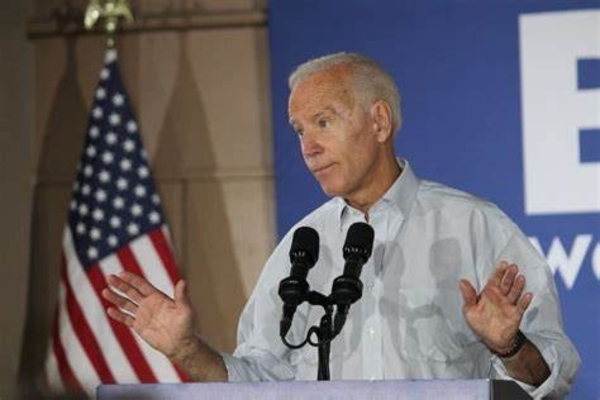 The Biden administration has announced Trump’s rule to protect the religious liberty of federal contractors will be rescinded.

On Tuesday, the Department of Labor (DOL) announced they would be rolling back a rule that allowed federal government contracted religious groups to hire people with the same belief. In the latest attack on faith, the Biden administration claimed the rule is discriminatory against homosexuals.

“The Office of Federal Contract Compliance Programs’ proposed rescission would protect against discrimination and safeguard principles of religious freedom. With this proposal, OFCCP would simply return to our policy and practice of considering the facts of each case and applying Title VII principles and case law and other applicable law,” Office of Federal Contract Compliance Programs Director Jenny R. Yang said to justify the appalling decision.

The Family Research Council (FRC) is not accepting the Biden administration rationale. They view the decision as an attack on religious faith, particularly Christianity, from the administration aiming for total submission.

“This Department of Labor proposed rule curtails the ability of religious individuals and entities to live out their faith in the public square. This is one of many choices the Biden administration has made to sideline religious freedom and elevate other policies in its place,” said the FRC’s director of Federal Affairs for Family and Religious Liberty, Mary Beth Waddell.

“Religious freedom must protect the ability to practice and exercise sincerely held religious beliefs in the public square,” Waddell added.

It has been reported how the Biden administration is overreaching to insult and demean Christians at every turn by Big League Politics:

“President-imposed Joe Biden’s National Day of Prayer declaration does not have any references to “God,” but references the Left’s religions of “climate change” and “racial justice.”

Democrats are at war with the Christian faith and are replacing traditional values with graven idols. Environmental leftism and anti-white marxism are filling the void, and Biden’s prepared statements show the intended dogma for the emerging globalist technocracy.

“Today, we remember and celebrate the role that the healing balm of prayer can play in our lives and in the life of our Nation.  As we continue to confront the crises and challenges of our time — from a deadly pandemic to the loss of lives and livelihoods in its wake, to a reckoning on racial justice, to the existential threat of climate change — Americans of faith can call upon the power of prayer to provide hope and uplift us for the work ahead,” Biden’s proclamation reads.

“On this National Day of Prayer, we unite with purpose and resolve, and recommit ourselves to the core freedoms that helped define and guide our Nation from its earliest days,” the statement continues.

“May we never forget that prayer guides and empowers our Nation and that all things are possible with God.  In times of prosperity, strife, peace, and war, Americans lean on His infinite love, grace, and understanding.  Today, on this National Day of Prayer, let us come together and pray to the Almighty that through overcoming this coronavirus pandemic, we develop even greater faith in His divine providence,” Trump wrote in his statement. “

The Biden administration and Democrats are attacking religious liberty. The party is publicly at war with Christian values and anything decent left in American society.