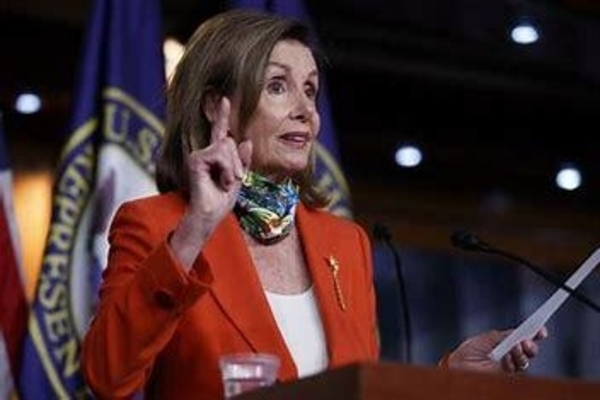 “We expect to see the president personally get involved today by calling Democratic lawmakers, according to sources,” Punchbowl News reported about the nearly $5 trillion infrastructure battle, which the Biden administration is desperate to pass in the wake of high crime, inflation, border crossings, and now the failed Afghan evacuation.

Biden will meet with the WNBA champions today as another distraction.

Meanwhile, “[k]ey members of the moderate crew” on the hill told Punchbowl on Sunday they will not, “under any circumstances, back down” until Pelosi holds a single “vote on the $1 trillion bipartisan Senate infrastructure bill before voting for the budget resolution.” This voting schedule may risk the budget resolution vote, which is presumably why Pelosi is attempting to package them together in a single vote.

Along with the “infrastructure” measure the House is trying to push through, Biden is still dealing with the aftermath of his hasty withdrawal from Afghanistan. Biden has been considering asking the Taliban for a deadline extension to evacuate all American personnel fully; a statement released from the Taliban denies any extension.

“President Biden announced that on 31 August, they would withdraw all their military forces. So, if they extend it, that means they are extending occupation while there is no need for that,” Taliban spokesperson Suhail Shaheen said. “If the U.S. or U.K. were to seek additional time to continue evacuations — the answer is no. Or there would be consequences. It will create mistrust between us. If they are intent on continuing the occupation, it will provoke a reaction.”

The Taliban pressure comes as Biden struggles to extract 7,500 American citizens trapped behind enemy lines, along with the 65,000 Afghan people with families waiting to be rescued.

Over the weekend, the Pentagon confirmed Americans are being beaten and harassed while stealing U.S. passports and threatening to shoot others.