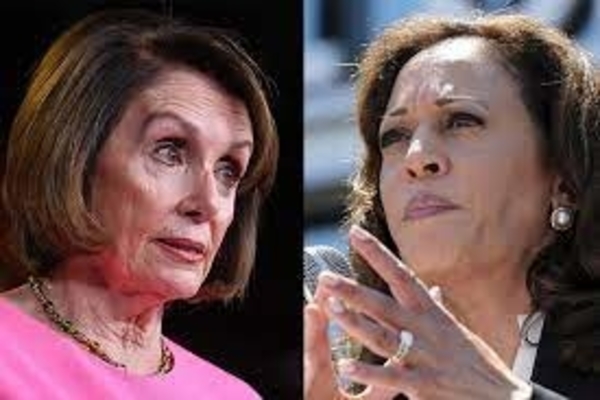 Vice President Kamala Harris and Speaker of the House Nancy Pelosi are defendants in the Presbyterian minister’s lawsuit.  The banning of a prayer vigil at the U.S. Capitol has led to the case.

Rev Patrick Mahoney filed the lawsuit in Washington DC, U.S. District Court on Tuesday.   Mahoney claimes the “no-speech zone “violates his constitutional rights to free speech, assembly, and religious exercise.  The Capitol is still blocked off by fencing and National Guard troops.  He is unable to hold a Good Friday prayer at this location, it has been held at this location for years.

“Plaintiff’s application for a permit to hold a Good Friday prayer vigil is in the exact same location where he held his Good Friday prayer vigil in 2020,” the complaint reads. “In 2020, Plaintiff worked with Capitol Police to ensure that he was able to safely hold a prayer vigil on Capitol grounds even though COVID-19 was constraining the nation. The sidewalks and other public grounds appurtenant to and surrounding the United States Capitol, traditional public forums, are currently fenced off to the public and have been since January 6, 2021. Plaintiff’s speech has been unconstitutionally deemed unworthy by the defendants.”

“In closing the sidewalks and public areas around the Capitol, including the Lower Western Terrace plaintiff seeks to utilize, defendants have effectively created a no-speech zone around the Nation’s Capitol. Defendants prevent any First Amendment activities on/in these areas, even though no specific threat to the Capitol has been identified in justification. Defendants further refuse to inform the Plaintiff of when the public sidewalks surrounding these halls of power may once again be utilized for public speech,” the complaint added.

U.S. Capitol Police and Sergeant of Arms Karen Gibson are other defendants in the lawsuit filed by Rev. Mahoney.

Mahoney was offered an alternative site for his vigil “on the Western side of the Capitol by a large statue of Ulysses S. Grant” — Mahoney claimed he was being targeted for his religious beliefs.