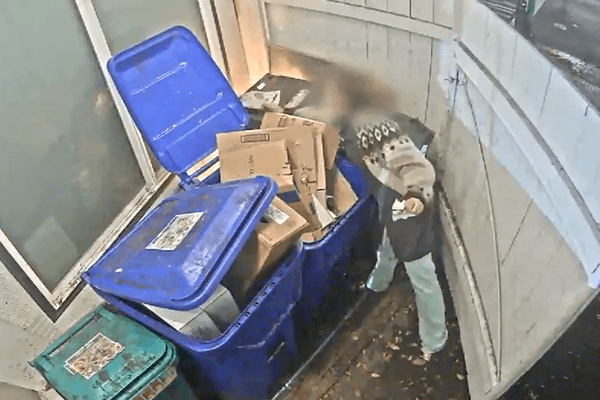 Suspected arsonist acted after the restaurant owner criticized vandalism in the area committed by Antifa. Portland Fire and Rescue officials are looking to question the person seen in surveillance footage setting fire to a local restaurant.

On November 23, a suspected arsonist set fire to Reo’s Ribs located in Portland’s Hollywood District. Smoke was pouring from the rear of the building when firefighters arrived. Flames could be seen from the interior and exterior.

It is not known if the suspected arsonist’s face was blurred by KOIN or by Portland Fire officials.

The video is showing the suspected arsonist setting fire at the rear of Reo’s Ribs. More fuel is added to the fire. The person is in plain view of the street while setting the fire.

KOIN said fire officials wanted to question the suspect. They did not know if the identity of the person was known to officials.

“I feel really relieved that we know who did it and we know that we might be stopping other fires,” Reo’s Ribs co-owner Myra Girod told KOIN 6 News.

This is the second fire at Reo’s Ribs in the last three years. The 2017 fire that previously destroyed the restaurant was ruled an accident by Portland Fire Department officials. Reo remains suspicious of the incident. The restaurant was rebuilt only to have it burned a second time.