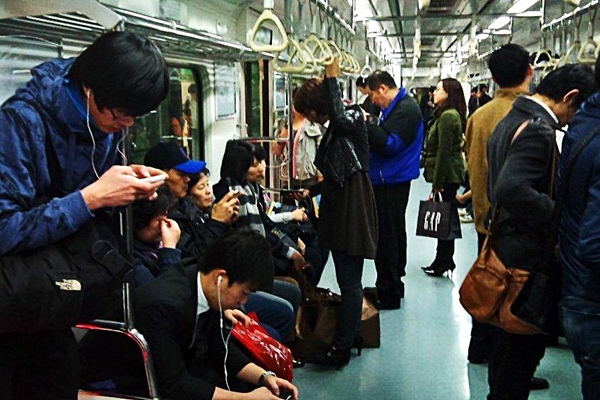 Surveillance footage revealed a homeless man assaulting and raping a woman while on a crowded subway train in Philadelphia, as witnesses appear to ignore the brutal crime in progress.

35-year-old Fiston Ngoy has been charged with rape, incident assault, sexual assault, and many other charges; he is held on a $180,000 bond in a Philadelphia jail.

“There were a lot of people, in my opinion, that should have intervened,” said Upper Darby Police Supervisor Tim Bernhardt. “Somebody should have done something; it speaks to where we are in society; who would allow something like that to take place?”

“It’s disturbing that there were definitely people on the [train], and no one did anything to intervene or help this woman,” said Bernhardt. The victim would go on to provide a complete account of the attack and identify her assaulter.

A transportation worker asked why the assault was permitted to happen, suggesting witnesses should have called 911. “There were other people on the train who witnessed this horrific act, and it may have been stopped sooner if a rider called 911.”