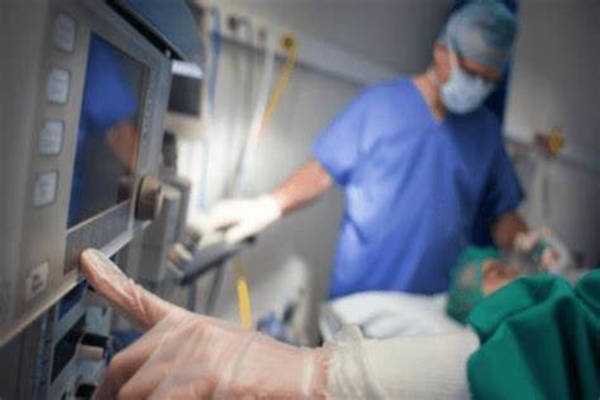 The Atlantic admitted that dramatic reporting on coronavirus may have been misleading. It did not account for the severity of those hospitalized or identify why they were admitted.

Federal health officials have been struggling as President Biden has turned the vaccinated on the unvaccinated for refusing to get the jab.

“While the vaccines provide strong protections for the vaccinated, we read about, we hear about, and we see the stories of hospitalized people, people on their death beds, among the unvaccinated over these past few weeks,” Biden said during a speech last week, deeming it the “pandemic of the unvaccinated” and warning that “patience is running thin.”

The Atlantic admitted the hospitalization number is “losing meaning” as the number of hospitalized from the virus bounces back to figures seen earlier in the year. While the outlet identified hospitalizations as a “vital metric” for tracking the severity and risk of illness, it noted a recently released study of records that puts a different spin on the figures.

Hospitalization numbers do not indicate the severity of the illness. Some patients do require intensive care; not all hospitalized require the same level of care. Some individuals were hospitalized for entirely different reasons, only to discover later they had coronavirus as well.

Some patients need extensive medical intervention, such as getting intubated. Others require supplemental oxygen or administration of the steroid dexamethasone. But there are many COVID patients in the hospital with fairly mild symptoms, too, who have been admitted for further observation on account of their comorbidities, or because they reported feeling short of breath. Another portion of the patients in this tally are in the hospital for something unrelated to COVID, and discovered that they were infected only because they were tested upon admission. How many patients fall into each category has been a topic of much speculation. In August, researchers from Harvard Medical School, Tufts Medical Center, and the Veterans Affairs Healthcare System decided to find out.

“Researchers have tried to get at similar questions before,” the outlet continued, citing another study published in May by California doctors who tried to identify why children who tested positive for the coronavirus were hospitalized. According to the outlet, researchers found 40 to 45 percent were hospitalized for reasons unrelated to the virus.

Authors of the recent study ultimately found that “roughly half” of those hospitalized for the coronavirus in 2021 “may have been admitted for another reason entirely, or had only a mild presentation of disease.”

According to the outlet:

The authors of the paper out this week took a different tack to answer a similar question, this time for adults. Instead of meticulously looking at why a few hundred patients were admitted to a pair of hospitals, they analyzed the electronic records for nearly 50,000 COVID hospital admissions at the more than 100 VA hospitals across the country. Then they checked to see whether each patient required supplemental oxygen or had a blood oxygen level below 94 percent. (The latter criterion is based on the National Institutes of Health definition of “severe COVID.”) If either of these conditions was met, the authors classified that patient as having moderate to severe disease; otherwise, the case was considered mild or asymptomatic.

The study found that from March 2020 through early January 2021—before vaccination was widespread and before the Delta variant had arrived—the proportion of patients with mild or asymptomatic disease was 36 percent. From mid-January through the end of June 2021, however, that number rose to 48 percent. In other words, the study suggests that roughly half of all the hospitalized patients showing up on COVID-data dashboards in 2021 may have been admitted for another reason entirely or had only a mild presentation of disease.

The study revealed the unvaccinated have been showing less severe symptoms and the vaccinated are likely to show mild or no symptoms.

According to the study, “the proportion of inpatients with moderate to severe disease at any time during their hospitalization as defined by any documentation of SpO2 <94% or receipt of any supplemental oxygen fell from 64% early in the pandemic to 52% (43% in vaccinated and 55% in unvaccinated patients) by the end of June 2021.”

The Atlantic admission is significant as it recently argued the unvaccinated individuals should be placed on a no-fly list.

Last month, the Atlantic highlighted doctors not wanting to treat unvaccinated people while they are “struggling to sympathize with people who won’t protect themselves.”