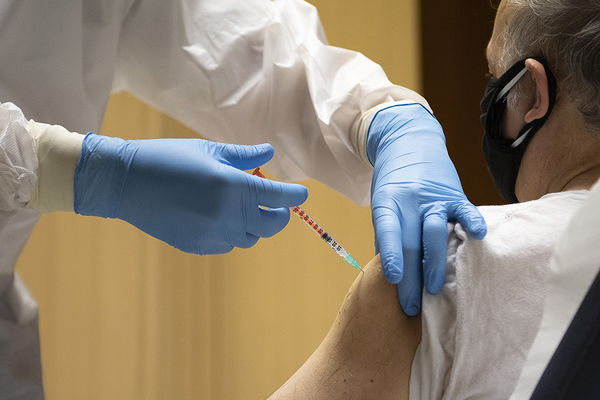 ROME – The Vatican insists all employees are to receive the coronavirus vaccine.  If refused, they are threatening to demote or fire employees.

Those refusing the vaccine “without proven health reasons” will be liable to “consequences of different degrees that can reach up to the interruption of employment relationships.” The decree from Cardinal Giuseppe Bertello, president of the Governorate of Vatican City State, on February 8th.

The decree was made public Thursday. It contradicts with an earlier statement by the head of the Vatican’s health department, Andrea Arcangeli.  She said in December that the vaccination would not be mandatory for Vatican workers and residents.

The moral obligations of being vaccinated have been a series of mixed messages from the Vatican and other Church structures over the past couple of months.

The Vatican’s doctrinal office (CDF) issued formal instruction on the use of anti-covid vaccines in December.  It declared that “vaccine is not, as a rule, a moral obligation and that, therefore, it must be voluntary.”

In a joint statement issued by Fort Wayne Bishop Kevin Rhoades and Kansas City Archbishop Naumann, “being vaccinated safely against COVID-19 should be considered an act of love of our neighbor and part of our moral responsibility for the common good.”

After the CDF released its instruction saying the vaccine should be voluntary, Archbishop Naumann said he never intended to suggest a moral obligation to get the vaccine.

“The short answer is we don’t have a moral obligation” to do so, Archbishop Naumann told  Catholic News Service (CNS) in an interview. The intent of the statement was rather “to show it is permissible to use these vaccines.”

Not long afterward, Pope Francis took a firm pro-vaccine stand saying those who don’t want the vaccine are moved by a “suicidal denialism.”

“I think ethically that everyone should take the vaccine,” the pope told Italian journalist Fabio Marchese Ragona. “It should be done.”

“I don’t know why some people say, ‘No, the vaccine is dangerous,'” Francis continued. “Doctors are proposing it as something that can be helpful and as something without special dangers. Why wouldn’t you take it?”

“There’s a sort of suicidal denialism at play that I can’t explain,” he concluded. “Today, you should take the vaccine.”

The pope was vaccinated in January. The Vatican has made vaccination mandatory for anyone wishing to travel on the papal plane with Francis on his upcoming visit to Iraq.

The governate’s office issued a statement late on Thursday in response to complaints and questions with the Vatican’s insistence on employee vaccinations.  The measure was defended and denied the infringement of the rights of employees.

The measurement is an urgent response to a public health crisis and the need to protect individual workers and the broader community.

The Vatican decree states that the sanctions applied to those who refuse to get vaccinated should not be seen as “punitive” measures and do not constitute a “repressive” action against workers.