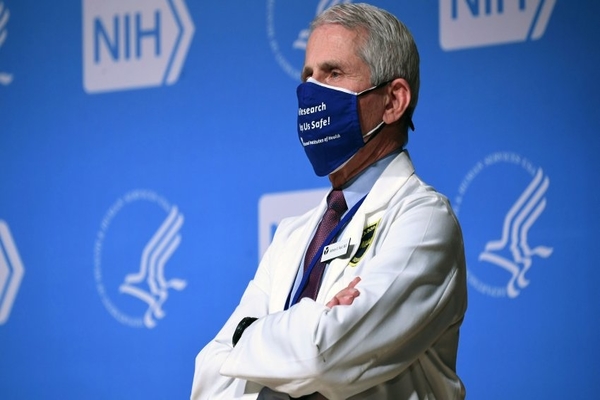 Dr. Fauci once endorsed gain-of-function research in a 2011 Washington Post op\ed that was later edited to hide Fauci’s role in promoting this mad science.

In his original op/ed pushing gain-of-function research, Fauci said that “much good can come from generating a potentially dangerous virus in the laboratory.” It was changed to “insights can com” by fake news, but some outlets kept the original language.

“Safeguarding against the potential accidental release or deliberate misuse of laboratory pathogens is imperative,” Fauci wrote in the op/ed.

However, Fauci did not implement these safeguards when he was working with the communist Chinese and funding our foreign adversaries’ performance of this dangerous research.

Big League Politics reported on Fauci’s tremendous dishonesty with regards to his support of gain-of-function research in a recent Senate hearing:

“Gain-of-function research, as you know, is juicing up naturally-occurring animal viruses to infect humans. To arrive at the truth, the U.S. government should admit that the Wuhan virology institute was experimenting to enhance the coronavirus’ ability to infect humans,” Paul said.

“You are entirely and completely incorrect that the NIH has not ever and does not now fund gain-of-function research in the Wuhan institute,” Fauci said.

“Do you support sending money? We did, under your tutelage, we were sending it through ECO Health. It was a sub-agency and a sub-grant,” Paul said.

“It would have been irresponsible for us if we did not investigate the bat viruses and the serology to see who might have been infected in China,” Fauci responded.

Fauci, with great frustration, tried to talk over Paul in fear of being exposed on a national stage.

“Government defenders of gain of function, such as yourself, say that COVID-19 mutations were random and not designed by man. But interestingly, the technique that [Dr. Ralph Baric] developed forces mutations by serial passage through cell culture that the mutations appear to be natural,” Paul explained, adding many other expert sources who have stated that COVID-19 was likely created in a lab.

“Will you in front of this group categorically say that COVID-19 could not have occurred through serial passage in a laboratory?” Paul asked Fauci.

“I do not have any accounting for what the Chinese may have done, and I am fully in favor of any further investigation of what went on in China,” Fauci responded before once again denying that the feds have funded gain-of-function research in Wuhan.

“You’re fooling with mother nature here. You’re allowing superviruses to be created. With a 15 percent mortality, it’s very dangerous, and it was a huge mistake to share this with China, and it’s a huge mistake to allow this to continue in the United States, and we should be very careful to investigate where this virus came from,” Paul said.”

Fauci’s role as the American Angel of Death (Mengele) is finally realized; he deserves to be behind bars.