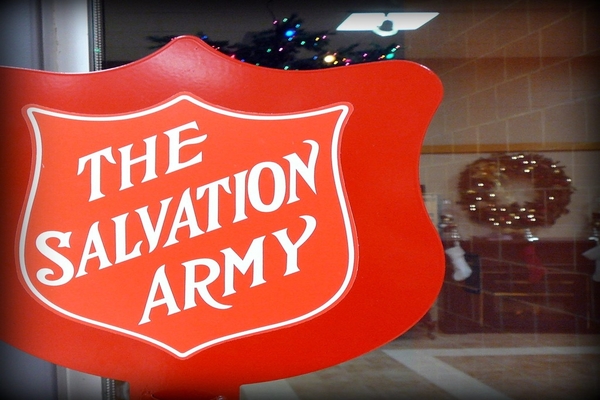 A CRT training intended for Salvation Army’s employees has been leaked. The internal document “Let’s Talk About Racism” demands that white Salvation Army donors and employees apologize for the racism, referring to white supremacy as an all-encompassing storm throughout society.

“The subtle nature of racism is such that people who are not consciously racist easily function with the privileges, empowerment, and benefits of the dominant ethnicity, thus unintentionally perpetuating injustice.”

The leaked document claims that “Whiteness and the normalization  of White racial identity throughout America’s  history have created a culture where non-White persons are seen as inferior or abnormal.“

In an accompanying Study Guide on Racism, Salvation Army authors explain that all whites are racist, even if they don’t realize it.

“The subtle nature of racism is such that people who are not consciously racist easily function with the privileges, empowerment, and benefits of the dominant ethnicity, thus unintentionally perpetuating injustice,” it says.

“Sunday school curriculum that only uses white photography and imagery” is an example given that perpetuates injustice.

“While this might sound helpful, it actually ignores the God-given differences we all possess, as well as the beautiful cultures of our Black and Brown brothers and sisters. Instead of trying to be colorblind, try seeing the beauty in our differences and welcome them into your homes, churches, and workplaces. Being colorblind also ignores the discrimination our Black and Brown brothers and sisters face and does not allow us to address racism properly.”

“White privilege” libel is extensively referenced in the training, condemning the United States as uniquely racist. However, ethnic prejudice is a reality of life among most other nations of the world, with America existing as a unique exception and the closest example of true colorblind society on the planet, as global polling and research indicate.

Those against wokeness may decide not to donate or support the Salvation Army in the wake of the CRT training required for employees.