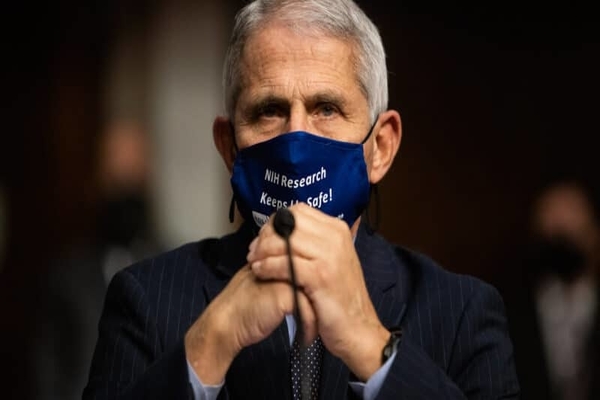 The bat coronavirus grant provided the EcoHealth Alliance with a total of $3.1 million, including $599,000 that the Wuhan Institute of Virology used in part to identify and alter bat coronaviruses likely to infect humans. Even before the pandemic, many scientists were concerned about the potential dangers associated with such experiments.

The grant proposal acknowledges some of those dangers: “Fieldwork involves the highest risk of exposure to SARS or other CoVs, while working in caves with high bat density overhead and the potential for fecal dust to be inhaled.”

The material was reviewed by Richard Ebright, a molecular biologist at Rutgers University; he told The Intercept the “viruses they constructed were tested for their ability to infect mice that were engineered to display human-type receptors on their cell.”

In conclusion, Ebright accused Fauci and NIH Director Francis Collins of being “untruthful” in their previous remarks.

“The documents make it clear that assertions by the NIH Director, Francis Collins, and the NIAID Director, Anthony Fauci, that the NIH did not support gain-of-function research or potential pandemic pathogen enhancement at WIV are untruthful,” he wrote.

Fauci has admitted some funds went to Wuhan but claimed never to be used for “gain of function” support, as reported by Breitbart news.

Back in May, Fauci told the House Appropriations subcommittee the funds were given to the Chinese lab through EcoHealh Alliance to underwrite “a modest collaboration with very respectable Chinese scientists who were world experts on coronavirus.”