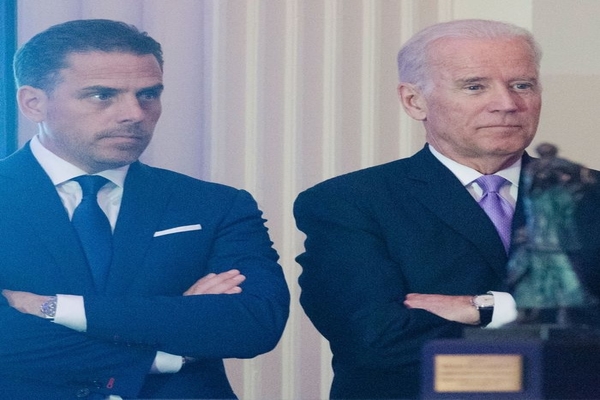 According to Secret Service travel records obtained by Judicial Watch, Hunter Biden took 411 trips across 29 countries between 2009 and 2014, while his father, Joe Biden, was Vice President. There 23 flights into or out of Joint Base Andrews – Home of Air Force One and Air Force Two.

These trips, shed light on Hunter’s involvement with his father, which is revealed in a new book exploring the corruption that drove the media to cover the scandal of Hunter Biden.

Despite this evidence that there is no “absolute wall” between Joe and Hunter’s business endeavors, the press has shown little interest in exploring if Hunter leveraged his father’s status to enrich himself. The New York Times, in complete contrast, published a story in 2020 portraying Hunter as a skilled artist. The article headlined, “There’s a New Artist in Town. The Name is Biden, showing polished Hunter Biden at work in his studio.

The American people are told Hunter Biden is as pure as the driven snow. Joe Biden referred to Hunter as “the smartest guy I know.” Joe & wife, Jill, express confidence that Hunter had done nothing wrong. Joe called it Russian disinformation. Facebook and Twitter censor reporting by the New York Post that has not been proven on Hunter Biden as “Russian” or “disinfo.”

Did the media in support of the suppression of Hunter’s email story investigate exactly where Hunter was going and who with on these trips? Major media indulged the Democrat’s disinformation campaign that protected the Bidens and the tech giants.

The evidence was there, but it didn’t matter as there was an election to win and a public to misinform.

Americans may never know why Hunter Biden was flying into or out of a military base. Where was he going, and who was he going with. We have our pro-Biden media to thank for that.

The rest of the shocking detail of a year-long investigation into the corporate media can be found in Breaking the News, out now.