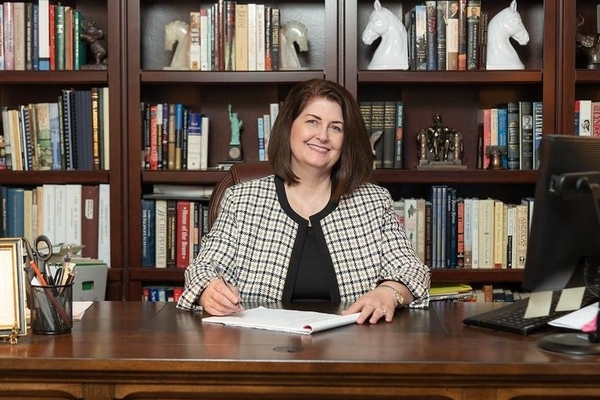 Wrights statement issued around midnight local time said, “I can’t tell you how honored I am to be the first-place finisher in this special election to succeed my husband Ron,” adding that she is “looking forward” to making her case in the runoff.

Ron Wright died in February, a little over two weeks after being hospitalized with coronavirus. Susan Wright announced she would seek to fill his seat — in Texas’s Sixth Congressional District — in February just a few weeks after his death.

Sanchez herself indicated the race was a pickup opportunity for her party, wrote a social media post-Saturday morning, “It’s Election Day! We have the opportunity to flip #TX06 blue and send a true leader to Congress who’ll get things done for working families across North Texas.”

Wright received a last-minute endorsement from former President Donald Trump, which may have contributed to his success.

Trump said of Wright in his endorsement announcement, which he made Monday, that she “will be a terrific Congresswoman” and “will be strong on the Border, Crime, Pro-Life, our brave military and Vets, and will ALWAYS protect your Second Amendment.”

One Republican in the race, Michael Wood, ran on a Never Trump platform and had the backing of fellow Never Trumper Rep. Adam Kinzinger (R-IL), who broke with his party to vote for Trump’s impeachment in January. Wood received about three percent of the vote Saturday, placing far below multiple Republicans despite Kinzinger traveling to Texas this week to campaign for him:

Democrats’ failure to make the runoff is a blow to the party.

In neighboring New Mexico, the June 1st special election to fill the seat of now Interior Secretary Deb Haaland is seen as leaning blue. Saturday’s results raise questions if Democrat’s worse-than-expected performance in Texas will translate into that race.