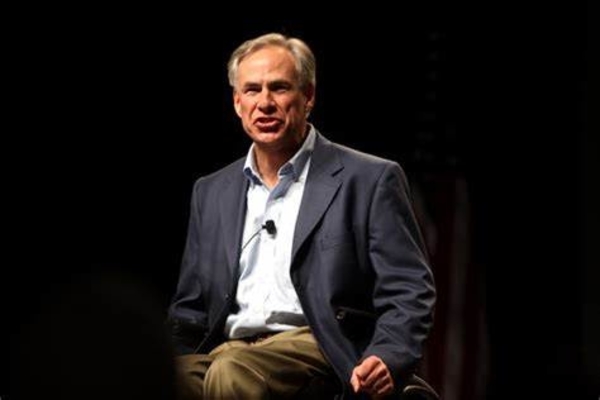 Gov. Greg Abbott ordered the Texas Department of Public Safety (DPS) vehicles to create a mile-long barrier to halt the flow of Haitian migrants. The vehicle barrier and the recently constructed fencing have effectively blocked the illegal crossings, enabling population reduction in the migrant camp.

Gov. Abbott ordered the DPS and Texas National Gaurd on September 19 to use a vehicle barrier to block the crossing. Since that time, hundreds of law enforcement vehicles have poured into the region, creating a miles-long barrier along the Rio Grande, DPS officials stated during a briefing on Tuesday in Del Rio.

Gov. Abbott ordered a physical barrier along the river to stop the unrestricted flow of migrants. On Tuesday, Breitbart, Texas, observed several miles of border barrier built by the state where no physical barrier existed three months ago.

“The State of Texas is taking unprecedented steps to secure the border, and we will continue to respond in full force to keep Texans safe,” the Texas governor told reporters during a Tuesday afternoon press conference. “The Biden Administration’s failure to enforce immigration laws and halt illegal crossings on a federal dam poses life-threatening risks to Texans and the migrants themselves.”

“The only thing they have shown is an incapability of dealing with this crisis, candidly in a way where they pretend it doesn’t even exist,” Abbott added. “We’re here to tell you, it exists, it’s total chaos, and the Biden administration, they need to up their game big time.”

On Monday, DHS Secretary Alejandro Mayorkas told reporters at the Del Rio Bridge that they are working to clear the primarily Haitian migrants from the camp.

The encampment’s population did not decline until Texas began blocking the migrant points from Mexico.

Victor Escalon, Texas Department of Public Safety Southern Region Director, told Governor Abbott the efforts by troopers and National Guardsmen stopped the migrant flow across the Rio Grande. This enabled the DHS to remove enough migrants to reduce the population at the migrant camp under the bridge.