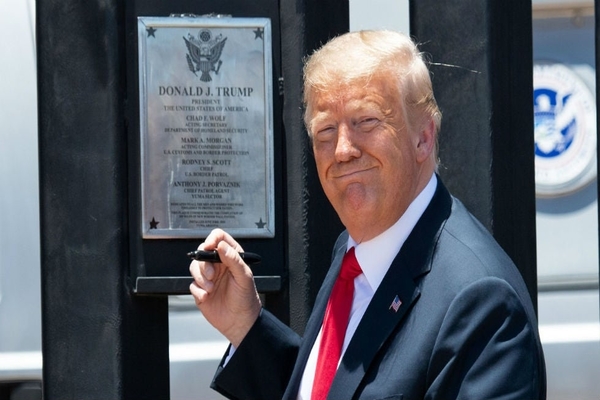 Control has been lost at the southern border by President Joe Biden; fellow Democrats admit as chaos erupts.

Just two days prior, Hasting’s tweeted his agents apprehended 19 large groups of more than 100 migrants since the beginning of the year.

Illegal migrants apprehended after crossing the border from Mexico exploded during the first whole month of President Biden in office.

Nearly 100,000 illegal migrants have been apprehended crossing the southwest border into the United States in February.

According to the Southwest Border Land Encounters report, in February, Rio Grande Valley Sector agents apprehended 10,489 Family Unit Aliens. It is not clear from Chief Hastings’ tweet how many of March’s more than 34,000 migrant apprehensions were family units.

Brandon Judd, union president representing U.S. Border Patrol agent in a recent appearance with Fox News, refers to the current situation as the worst of his career.

“I’m going on 24 years as an active Border Patrol agent, and I can tell you that I’ve never seen a day-to-day, week-over-week increase like what we are currently seeing right now,” Judd said.

“So we’ve got this very serious problem,” Judd added, and “the American public should be very concerned about what is currently going on at the border because if this increase continues to go on, we will apprehend more people than we’ve ever apprehended in any year in the history of the United States Border Patrol.”

The New York Times, in a recent piece about the U.S. helping its northern and southern neighbors with COVID-19 vaccines, noted, “The Biden administration’s appeal to do more against migration has put Mexico in a difficult position. While Mr. Trump strong-armed Mexico into militarizing the border, some Mexican officials argue that his harsh policies may have at times helped lessen their load by deterring migrants from attempting to make the journey north.”

But Biden’s open-borders policy is reversing that – forcing Mexico to adopt Trump-era policies.

Reuters reported on March 17, “Mexico is preparing to significantly reinforce efforts to detain U.S.-bound migrants who illegally cross its border with Guatemala, in response to a jump in people trying to enter the United States.”

“The people familiar with the plan said Mexico would deploy security forces to cut the flow of migrants, the bulk of whom come from Central America’s so-called Northern Triangle of Guatemala, El Salvador, and Honduras, whose economies were battered by the coronavirus pandemic and hurricanes last year.”

Reuters noted that Mexico’s militarized police, which helped cut the flow in 2019 as Judd referenced, and did as after Trump leaned hard on Mexico to curtail illegal immigration at the source, would conduct border operations that “will be more frequent, more continuous,” an unidentified Mexican source told Reuters.

According to Reuters, “A sense of urgency has mounted within the Biden administration especially over increasing numbers of unaccompanied minors apprehended there. In Washington, a person familiar with the matter said the U.S. administration has seen a growing need for Mexico to do more to secure its southern border but has steered clear of making demands or direct requests for action.”

Reuters continued, “Biden’s aides want to avoid Trump’s heavy-handed approach to Mexico, preferring a more respectful tone, but bilateral discussions have touched on how to curb the flow from the Northern Triangle. … Mexican officials had anticipated a sharp escalation in immigration under Biden, with one ruefully noting last month that it would force Mexico ‘to be the bad guys again.'”