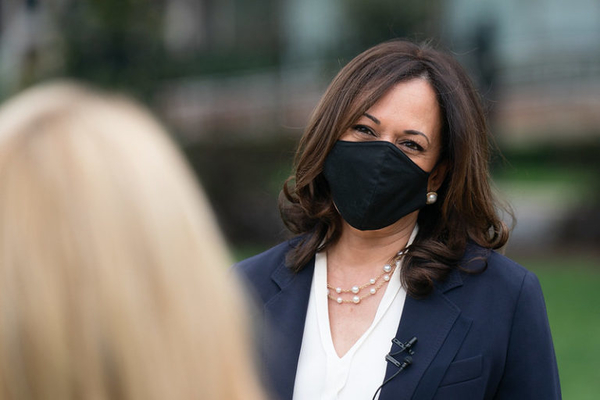 Harris was speaking at George Mason University when the incident happened:

“You brought up how the power of the people and demonstrations and organizing is very valuable in America, but I see that over the summer there have been protests and demonstrations in astronomical numbers standing with Palestine, but then just a few days ago there were funds allocated to continue backing Israel which hurts my heart because it’s ethnic genocide and displacement of people, the same that happened in America, and I’m sure you’re aware of this,” the student said at the Q&A session following an event commemorating National Voter Registration Day on Tuesday.

Harris responded by saying she was “glad” that the student spoke up, saying, “your voice, your perspective, your experience, your truth, cannot be suppressed, and it must be heard.”

Harris was later criticized; even some Democrats felt she should not indulge the student’s false and defamatory view.

Now, Harris is working to reassure pro-Israel Democrats that she disagreed with the student, as Politico reported:

Vice President Kamala Harris’ office is working behind the scenes to mend relationships with pro-Israel Democrats after not pushing back on a student who, in asking her a question, accused Israel of “ethnic genocide.”

On Thursday, Harris’ senior staff contacted the influential Democratic Majority for Israel to clean up remarks she made Wednesday at George Mason University, where Harris was visiting a classroom of students. “We were pleased Vice President Harris’s senior staff reached out to us today to confirm what we already knew: Her’ commitment to Israel’s security is unwavering,'” said Mark Mellman, the president of the group.

A senior adviser to Harris also reached out to Rep. Ted Deutch (D-Fl.), the co-chair of the Bipartisan Anti‐Semitism Taskforce, a source familiar with the outreach told POLITICO.

Deutch and his office did not respond to a request for comment. But the source said it was “fair to say that the group of House Democrats that super care about this noticed it and talked about it.” Harris’ office also called Jonathan Greenblatt, the CEO of the Anti-Defamation League, Thursday afternoon, the source said.

Harris’s chief of staff, who went on to become deputy press secretary at the White House, praised Democrats at the time for boycotting AIPAC, saying that supporting the pro-Israel group was the “antithesis” of being “progressive.”