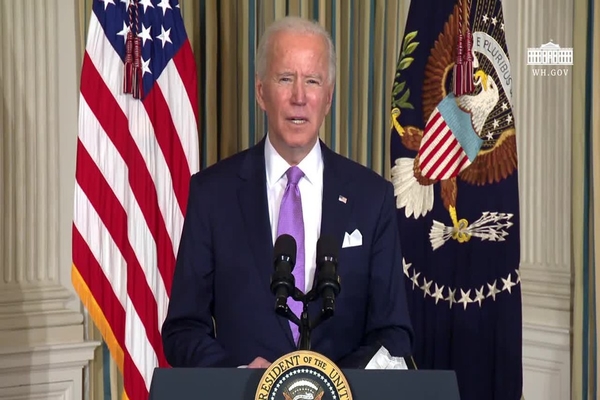 The Left is enraged after both moderate senators voiced their opposition to the multitrillion social entitlement agenda. Manchin was confronted on his houseboat by protesters in Washington, DC, last week.

Sinema was also confronted by protesters in the restroom over the weekend.

Reporters asked Biden if he thought the tactics used by the protesters were appropriate.

“I don’t think they are appropriate tactics, but it happens to everybody,” Biden replied.

“The only people it doesn’t happen to are people who have Secret Service standing around them,” he said. “It’s part of the process.”

Biden repeated that Sinema and Manchin were the only two Democrats from the Senate in the way of his agenda.

He claimed he has approval for his agenda from the majority of his party but struggles with a slim margin in the Senate.

“I don’t think there’s been a president who’s been able to close deals that’s been in a position where he only has 50 votes in the senate and a bare majority in the House,” he said.

He vowed to pass his agenda, despite the roadblocks in the Senate.