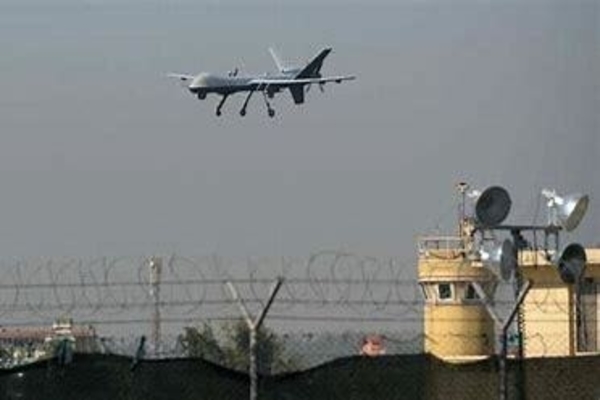 On Monday, many Afghan news organizations report at least 10 civilians, including several children, have been killed by the U.S. airstrike in Kabul.

U.S. Central Command (Centcom) issued a statement saying it would investigate the allegations.

Even as the deadline loomed, President Biden confirmed the airstrikes in Kabul and elsewhere over the weekend. The airstrikes reportedly targeted the ISIS-K, the Afghan/Pakistani wing of the international jihadist organization.

The Biden administration and the Taliban blame the Islamic State for the suicide bombings at the Kabul airport, where over 100 people were killed, including 13 U.S. service members. In a propaganda message, ISIS-K took responsibility for the attack.

A large crowd of Afghan citizens congregating outside of the airport wanting to fee was targeted in the attack.

“This strike was not the last. We will continue to hunt down any person involved in that heinous attack and make them pay,” Biden’s statement read in part.

Tolonews, Afghan news, reported that the explosion had killed “at least 10 people, including children,” citing locals in the Kabul neighborhood affected. The outlet also published photos of what appeared to be the aftermath of the attack:

Khaama Press, another Afghan news source, reported the death of ten civilians. The same hollowed-out car can be seen following the bombing:

Initial reports from Khaama claimed seven civilians, including five children, were killed in the airstrikes.

“There was too much dark in the house, there were fogs everywhere, I saw the flesh of children hung in the trees and lifted the half bodies myself.” an alleged witness identified only as “Ghaws,” said of the attack.

Centcom spokesman U.S. Navy Capt. Bill Urban said, “We are aware of reports of civilian casualties following our strike on a vehicle in Kabul today. We are still assessing the results of this strike, which we know disrupted an imminent ISIS-K threat to the airport,” in a statement. “We know that there were substantial and powerful subsequent explosions resulting from the destruction of the vehicle … It is unclear what may have happened, and we are investigating further.”

We would be deeply saddened by any potential loss of innocent life,” Urban added.

Reports continue to tell of the violence in Kabul, as multiple local and international outlets confirmed multiple rockets attack Kabul’s airport on Monday. Anonymous reports indicated that an implemented missile defense system prevented the attack from causing any casualties.

Monday, Tolonews identified several of the bombing victims, including some of the children. “Five-year-old Armin, three-year-old Benjamin, two-year-old Somiya, 15-year-old Faiz [and] eight-year-old Farzad” were identified as killed. While also appearing on the list, Tolonews reports two others, an 18-year-old and four adults,