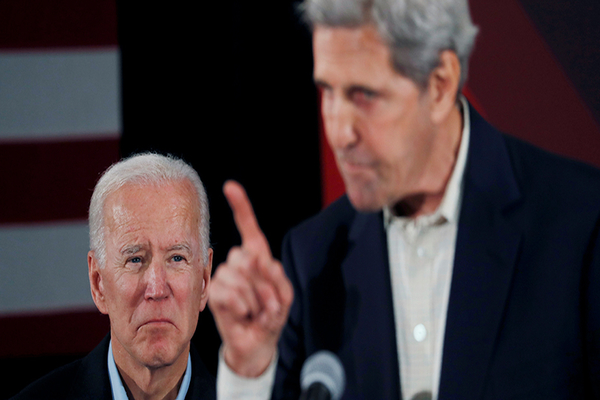 Special Presidential Envoy for Climate John Kerry on CNN discussed giving people fleeing climate change refugee protection and stated that we want to attack the root causes of migration. Still, if people “can no longer grow food or there is no ability to live, then you’re very much a refugee.”

Moderator Dana Bash asked, “Two hurricanes and drought hit Central America recently, thousands fled. So, should these migrants fleeing climate change be given refugee protection? That’s what your successor in the Senate, Ed Markey, has proposed.”

Kerry responded, “I think that the first line of prevention for this crisis of people who are migrating already is to do what we did a number of years ago in the Obama/Biden administration when we had migration coming from Central America, El Salvador, Guatemala, Honduras, we got involved with the presidents of those countries, and we helped to deal with the underlying causes in those countries. And I think that’s the first line of what we ought to do. We did that years ago in Latin America writ large. So, President Biden very much thinks that you want to deal with the root causes of these things moving.

And so, all of us have got to recognize we’re going to have tens of millions of refugees in some parts of the world if we don’t start to do what Gina was just talking about in terms of resilience, adaptation, which are essential part[s] of dealing with the climate crisis, not just mitigation, not just lowering the emissions, but building people’s capacity to be where they are, to not have to move. And I think there’s a lot we can do before we start tying it into an already very complicated issue, which is immigration.”