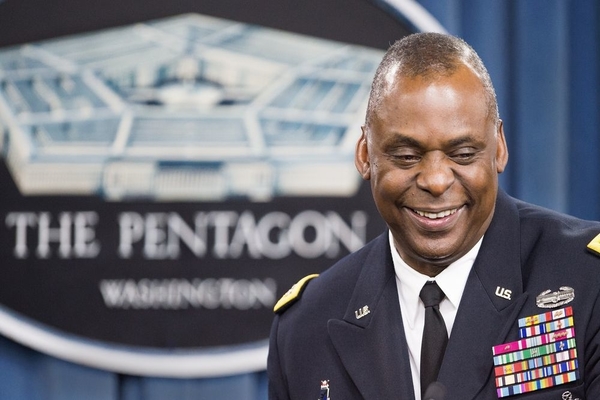 Emails sent out from JSOC’s Civilian Training Office to JSOC civilian and military personnel in April and May encouraged them to attend the virtual conferences, also being broadcast at the Fort Bragg compound, were obtained by Breitbart News.

In the May 20, 2021 email, JSOC reminded personnel their access to the conference came “at no cost (normally $500 a session per person).”

The next three conferences were e highlighted in the email, which would be in a classroom broadcast for JSOC personnel – one on “Diversity, Equity and Inclusion”; another on “Change & Transformation”; and another on “Emotional Well-Being.”

The conference on Diversity, Equity, and Inclusion started on Monday, included panels on:

— Psychological Safety & Belonging (the description said: “where people feel free to express who they are, what they believe, and how they feel…”);

— Restorative Justice, Community Trauma, and The Partisan Divide (the description said: “The violent storming of the Capitol on January 6th was just the latest and most extreme example of the division that exists…”);

— Racism, White Supremacy, and Anti-Racism (the description said: “Racism is not a new thing, but it seems as if recently [it] has gone mainstream. From Meghan Markle on Oprah to the murder of Asian women in Atlanta…”).

The conference on Emotional Well-Being includes an event titled: “Black Emotional Lives Matter: Embedding Diversity and Inclusion in Your Approach to Employee Well-Being.” The description said, “You will hear about issues such as”:

It added: “Add these opportunities to your [Individual Development Plan] and invest time in yourself. These opportunities will help you grow professionally over time and do count towards your continuous learning credit hours.”

The email included another forwarded email from the Pentagon’s Defense Civilian Personnel Advisory Service (DCPAS) that said, “DOD employees are being afforded an opportunity to attend an array of FREE virtual conferences sponsored by The Conference Board.”

The Conference Board is a global nonprofit “business membership and research group organization” described as “a think tank that delivers trusted insights dealing with subjects impacting business and society.” The email said, “These insights are for all grade levels and ranks.”

“We encourage your participation in the attached virtual conferences,” the DCPAS email added.

The Pentagon has included special operations forces in its diversity, equity, and inclusion efforts multiple times.

In March, the Biden Administration hired its first diversity chief, and he was suspended weeks later for partisan social media posts.

The Biden Pentagon is pushing the diversity training to diversify the military and “root out” extremists, despite not having any data on how many extremists are serving or a definition of “extremism”.

President Joe Biden reversed restrictions on transgender persons serving in the military as one of his first official actions.

Some troops have expressed concerns that the push against extremists in the military is really a push to silence conservatives.

“What you see happening in the U.S. military at the moment is that if you’re a conservative, then you’re lumped into a group of people who are labeled extremists if you voice your views,” Air Force Lt. Col. Matthew Lohmeier said May 7 on the podcast Information Operations. Lohmeier was recently fired from his command at Space Force after the interview, in which he warned about Marxism spreading in the military.

Lohmeier, an Air Force Academy graduate and author of Irresistible Revolution: Marxism’s Goal of Conquest & the Unmaking of the American Military, also said the diversity, equity, and inclusion training for the military is pushing critical race theory that is rooted in Marxism. He went on to say:

The language of the training, which most people don’t understand, but I help lay it out in the book, was devised by Marxists. It’s intended to be divisive, and yet we spread it about the military services pretending it’s going to unify everyone.

He said Air Force materials given to commanders to conduct the stand-down on extremism began with a vignette about the January 6 Capitol breach. “That context painted the entire discussion and all the talking points,” he said. He also said all the examples of extremism did not mention riots during summer 2020 but only had to do with:

…various odd examples of white nationalists that had been caught at some point in the last decade and had been punished for it and kicked out of the military, or a radical Islamic terrorist.

To date, only one active duty service member has been charged in relation to the Capitol breach.

Since Lohmeier’s remarks, dozens of Republicans in the House and Senate have issued statements of support for him and against the spread of Marxism in the military. They are also vowing to examine political bias against conservatives in the military.