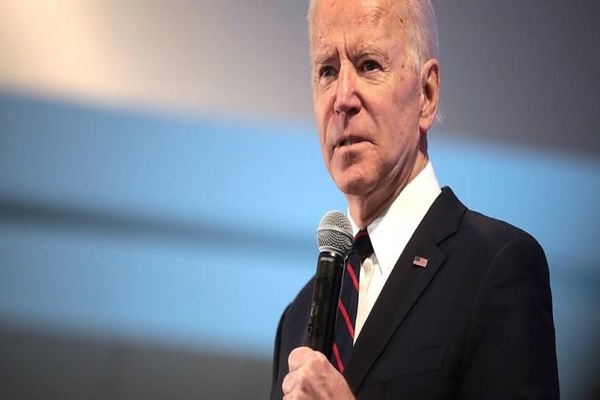 The Biden administration cuts Florida’s lifesaving coronavirus antibody treatment, prioritizing “equitable distribution” – an act of suspected revenge against Republican governors whom Biden vowed to get “out of the way.”

This week the Biden administration began cutting the distribution of monoclonal antibodies to red states such as Florida and Alabama, alleging those states, including Texas, Mississippi, Tennessee, Georgia, and Louisiana, are using too much of the supply in recent weeks -70 percent.

“HHS will determine the amount of product each state and territory receives on a weekly basis,” a spokesman for the U.S. Department of Health and Human Services (HHS), as reported by the Washington Post.

“State and territorial health departments will subsequently identify sites that will receive product and how much,” the official continued, claiming the system will “help maintain equitable distribution, both geographically and temporally, across the country, providing states and territories with consistent, fairly distributed supply over the coming weeks.”

This reduction has already hurt states like Florida, where Gov. Ron Desantis (R) has announced more antibody treatment centers while battling the media’s criticism and misinformation along the way. Even Dr. Fauci recognized the treatments as “effective intervention” for coronavirus.

The feds delivering less than half of the doses needed in the state week results from the Biden administration’s move. According to CBS12, they sent 30,950 doses “according to numbers from the governor’s office and confirmed by the Department of Health.” But typically, the state needs about 72,000 doses a week to meet the needs.

DeSantis press secretary Christina Pushaw blasted Biden’s administration’s move and suggested that “every corporate media outlet that publishes sensational stories about ‘overflowing hospitals’ in the South” should first “demand answers from the Biden Administration about why they’re restricting the supply of life-saving COVID treatment to the South.”

“Supply of monoclonal antibody treatment to Florida, Alabama, Tennessee, Texas & other Southern states restricted by Biden Admin with no real explanation besides ‘equity,’” she continued, asking, “How is it equitable to only send treatment for HALF the Floridians who need it, & NO state sites in Alabama?”

Biden’s move is seen as revenge against Republican governors by some. During the president’s coronavirus speech, he vowed to get opposing governors “out of the way.”

“If they will not help, if those governors won’t help us beat the pandemic, I’ll use my power as president to get them out of the way,” he vowed.