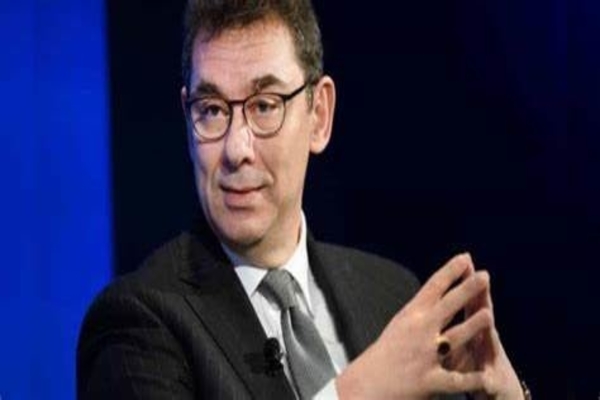 Pfizer’s COE Albert Bourla said Tuesday on The Atlantic Council’s “Front Page” podcast that some people who spread misinformation on COVID-19 vaccines are “criminals” who have cost “millions of lives.”

Atlantic Council CEO Frederick Kempe said, “There was some fake news during this period of time about the vaccines, all sorts of conspiracy theories. How did you deal with that, and how did you navigate that? Where do you feel the primary source of this sort of fake news was? How damaging was this to us?”

Bourla said, “I’m afraid it was quite a lot damaging. There was particularly with us we were targeted by a lot of, let’s say, dark organizations that you don’t know the ownership, you suspect there are some countries behind. We were getting a lot of briefings from CIA, from FBI about attacks that may happen to us, cyber attacks I mean and also about spread of misinformation.”

After explaining he understood individuals who were wary of the vaccine, Bourla continued, “There is a very small part of professionals which they circulate on purpose misinformation so that they will mislead those that have concerns. Those people are criminals. They’re not bad people. They’re criminals because they have literally cost millions of lives.”

Kempe said, “And should be treated as criminals as well, those who have done that.”

Bourla said those not taking the shot are the reason for the continuation of the pandemic and assaults on liberty by the government, urging life could go back to normal” if more get jabbed.

“The only thing that stands between the new way of life and the current way of life is, frankly, hesitancy to vaccinations,” he said.

There is an increase in people who believe the government has been lying about the safety and efficacy of the jabs. The recent disappearance of California Governor Newsom of nearly two weeks that followed his third COVID booster had raised speculations.