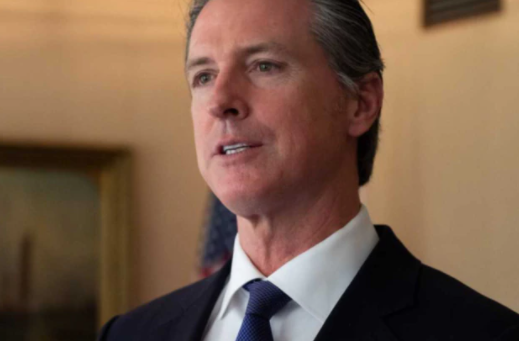 The bill forces the California Department of Justice to reveal information identifying firearm and ammunition purchasers to a research center at the University of California, Davis or any other university that requests them. This information includes many personal details like the buyer’s name, place of residence, date of birth, what, where, and when they have made firearm-related purchases, and much more.

“This bill would name the center for research into firearm-related violence the California Firearm Violence Research Center at UC Davis,” the bill’s text reads. “The bill would generally require that the information above be made available to the center and researchers affiliated with the center, and, at the department’s discretion, to any other nonprofit bona fide research institution accredited by the United States Department of Education or the Council for Higher Education Accreditation, as specified, for the study of the prevention of violence.”

With the state of California already recording all gun and ammunition transactions performed by licensed firearm dealers in a state registry, the infrastructure for sharing the personal information of firearm owners is already set up. This law expands that level of record-keeping even further by requiring the registration of “firearm precursor parts.” The registry will soon be made available to Universities all around the state.

The Reload reported that the primary sponsor of the bill, Assemblymember Phil Ting (D.), did not respond to a request for comment.

“Although the stated intent of this legislation may be to prevent violence, the data that the bill would require DOJ to release includes the personal and confidential information of lawful firearm owners who legally purchase ammunition and firearm parts,” Roy M. Griffith Jr., Legislative Director at the California Rifle & Pistol Association, said in a letter to Governor Newsom. “The identities and confidential personal information of individuals should only be provided by DOJ or other state entities to law enforcement agencies when conducting an investigation that has a specific need for it. No other entity – not even research institutions – has sufficient justification to have access to an individual’s private information.”

Griffith also pointed out the extreme lack of transparency in how members of the state government chose to pass the bill.

“This language amended into a ‘budget bill’ in the final week of the legislative session, providing no opportunity for review or public comment,” Griffith said. “Democracy truly has sunk to an all-time low in California!”

“We are in support of the study and research of illegal firearm-related crime to prevent violence, however, this can be done without violating the constitutional rights of all Californians!” he said.

California is well known for having some of the strictest gun laws in the nation, with many arguing that much of the legislation inherently violates the second amendment of the United States Constitution. Another recently contested law was the state’s requirement to undergo a federal firearms background check for a simple ammo purchase, which was blocked and then reinstated in the state’s court system on April 23, 2020. The case remains ongoing.