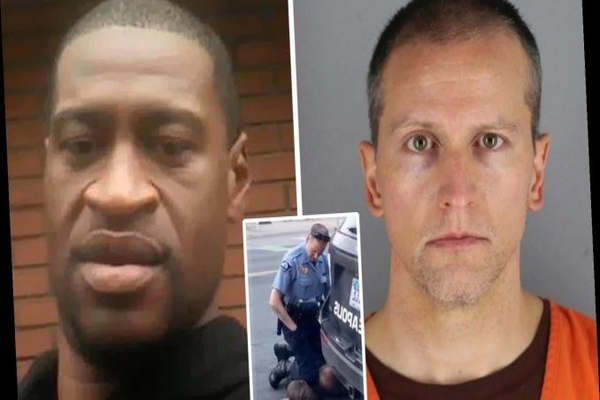 Chauvin’s attorney showed police bodycam side-by-side with a Facebook video. It appears the knee is on the shoulder blade.

Last May, just moments after George Floyd was taken away in an ambulance, Derel Chauvin, a former Minneapolis police officer, was confronted by a witness who had an issue with Chauvin allegedly kneeling on Floyd’s neck.

“That’s one person’s opinion,” Chauvin responded as he got into his squad car. “We had to control this guy because he’s a sizable guy. It looks like he’s probably on something.”

Testimony has been heard in the murder trial of eleven witnesses recounting the death of George Floyd.

Chauvin faces multiple charges connected with the May 25 death of Floyd, who died in police custody, second-degree murder, third-degree murder, and second-degree manslaughter. The former officer was recorded with his knee allegedly on Floyd’s neck for more than nine minutes, as Floyd said he could not breathe.

During the trial, for the first time, we say other angles of the images appearing to show Derek Chauvin’s knee was actually on George Floyd’s back.

Chauvin’s lawyer posted a viral Facebook video side by side with the police bodycam.

In opening statements, Derek Chauvin’s defense attorney claimed that George Floyd died from heart problems complicated by a drug overdose and not because of a police officer’s knee on his neck.

A key autopsy report introduced as evidence in pre-trial motions reveals that drugs were found in Floyd’s system.

Images from the report below:

Eric Nelson, the defense attorney, told the jury; the autopsy found “a mixture of methamphetamine and fentanyl.”

“This is what’s called a Speedball, a mixture of an opioid and a stimulant,” Nelson said. “The evidence will show that Mr. Floyd died of a cardiac arrhythmia that occurred as a result of hypertension, his coronary disease, ingestion of methamphetamine and fentanyl, and the adrenaline flowing through his body.”

As the Minneapolis murder trial of Derek Chauvin continues, Chauvin denies all charges against him.