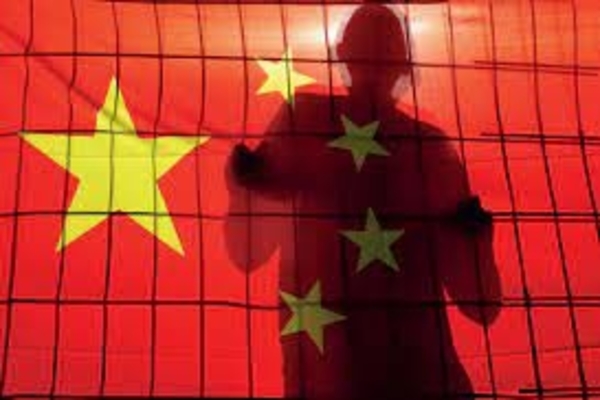 The U.S. government is putting out atrocity propaganda through Radio Free Asia, citing anonymous sources that claim China is “torturing” Christians in efforts to get them to renounce their faith.

A summary of the report was shared on The Daily Wire with Ben Shapiro.

From The Daily Wire, “China is Detaingin Christians in Secret Facilities Forcing Them To Renounce Their Faith Or Be Tortured: Report”:

The Chinese Communist Party is reportedly detaining Christians in secret facilities and forcing them to renounce their faith or face being tortured for months.

“A member of a Christian ‘house church’ in the southwestern province of Sichuan who asked to be identified by a pseudonym Li Yuese said he was held in a facility run by the ruling Chinese Communist Party (CCP)’s United Front Work Department, working in tandem with the state security police, for ten months after a raid on his church in 2018,” Radio Free Asia reported. “Another Christian who asked to remain anonymous told RFA that similar facilities are being used across China, not just for Protestants, but also for members of the underground Catholic church, and of the banned Falun Gong spiritual movement, a target of authorities since 1999.”

The focus mostly on targeting “house churches” that are not members of the CCP backed Three-Self Patriotic Association.  CCP teaches a version of Christianity because it views Christianity as a national security threat.

“It was a mobile facility that could just set up in some basement somewhere. It was staffed by people from several different government departments,” Li said. “It had its own (CCP) political and legal affairs committee working group, and they mainly target Christians who are members of house churches.”

“They use really underhand[ed] methods,” Li continued. “They threaten, insult and intimidate you. These were United Front officials, men, women, sometimes unidentified, usually in plain clothes. The police turn a blind eye to this. You have to accept the statement they prepare for you. If you refuse, you will be seen as having a bad attitude, and they will keep you in detention and keep on beating you.”

Li said that the basement that he was kept in was in a secret location where he could not see outside and lost all concept of time. He also said that he tried to hurt himself and thought of suicide often because he said that it would have been better than what he was subjected to.

“I couldn’t sleep; after you’ve been in there a week, death starts to look better than staying there. I bashed myself against the wall to self-harm,” he said. “One time in there, I was groggy and was trying to open my eyes, but I couldn’t. Four or five of them grabbed me by the arms and legs and pinned me to the ground. They injected me with some drug and brought me back to consciousness.”

While these reports cite anonymous sources without any evidence,  the fact remains as the ruling class in America is persecuting American Christians for not sharing the LGBT ideology of the ruling class.