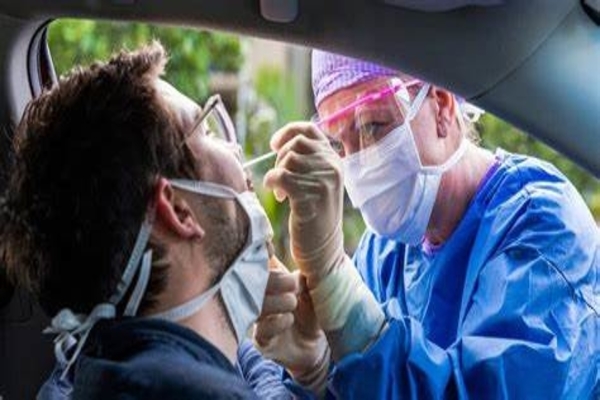 The flood of coronavirus cases in blue states – which already had some of the most restrictive requirements in place – are promoting mitigation strategies to be put back into place while keeping others as the holiday season returns.

According to the New York Times ‘ tracker, one of the most significant surges in the nation is reported in Michigan; they are experiencing a daily average of 8,457 positive cases or 85 per 100,000. In the last 14 days alone, an 88 percent increase of cases has been reported. The federal government has agreed to reponed to Gov. Gretchen Whitmer’s (D) request to send “two medical teams to local hospitals to relive doctors and nurses as they treat COVID-19 and other patients” amid the surge.

Under Gov. Tom Wolf’s (D) leadership, Pennsylvania has seen an increase of 40 percent over the last two weeks. They are experiencing a daily average of 6,251 positive cases, or 49 per 100,000.

Similarly,  Gov. Kathy Hochul’s (D) New York has increased positive coronavirus cases by 37 percent in the last 14 days. The Big Apple reports a daily average of 6,666 cases or 34 per capita.

Neighboring New Jersey has a better stance; they report a daily average of 2,183 or 25 per 100,000. However, they are still seeing a 61 percent increase over the same period.

Meanwhile, Illinois, with statewide mask mandates in place, average 4661 for a daily average or 34 per 100,000. Reflecting a 86 percent increase over the last two weeks.

After Gov. Ron DeSantis (R) fought against long-term lockdowns in the Sunshine State, they are experiencing the lowest coronavirus rate per capita in the nation, with only six positive cases per 100,000. Florida has seen a 2 percent reduction in cases over the past two weeks.