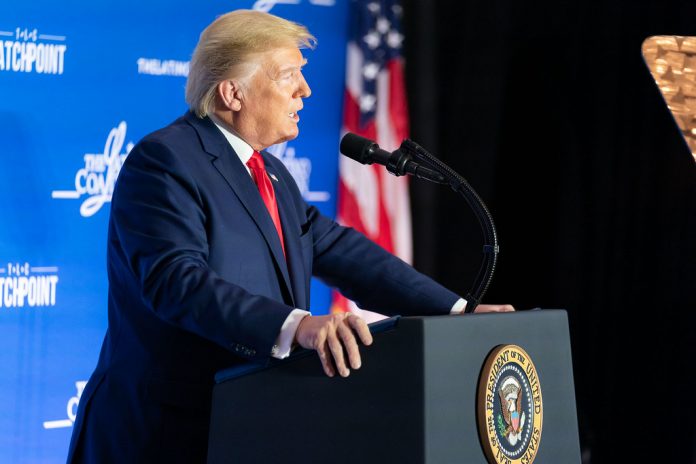 (Breitbart) – The Commission on Presidential Debates (CPD) has adopted a new rule ahead of Thursday’s second and final presidential debate and will silence the microphone of the candidate who does not have the floor during the uninterrupted two-minute periods at the start of each segment.

The Commission cited their prior announcement to consider “additional structure” to future debates following the first presidential debate with moderator Chris Wallace. The first debate saw several interruptions from both candidates and Wallace. While Joe Biden (D) set the tone by interrupting first, Wallace later stated that Trump bore the “primary responsibility” for what occurred during the debate.

“The Commission has determined that it is appropriate to adopt measures intended to promote adherence to agreed upon rules and inappropriate to make changes to those rules,” it said in a statement, detailing its plan to enforce the rule:

Under the agreed upon debate rules, each candidate is to have two minutes of uninterrupted time to make remarks at the beginning of each 15 minute segment of the debate. These remarks are to be followed by a period of discussion. Both campaigns this week again reaffirmed their agreement to the two-minute, uninterrupted rule. The Commission is announcing today that in order to enforce this agreed upon rule, the only candidate whose microphone will be open during these two-minute periods is the candidate who has the floor under the rules. For the balance of each element, which by design is intended to be dedicated to open discussion, both candidates’ microphones will be open.

The CPD added that “neither campaign may be totally satisfied with the measures today” but added that it is “comfortable that these actions strike the right balance and that they are in the interest of the American people, for whom these debates are held”:

The Commission announced the topics for the upcoming debate last week, selected by moderator Kristen Welker, who has established ties to the Democrat Party.

President Trump has already expressed his opinion of Welker ahead of the debate, describing her as “terrible & unfair, just like most of the Fake News reporters.”