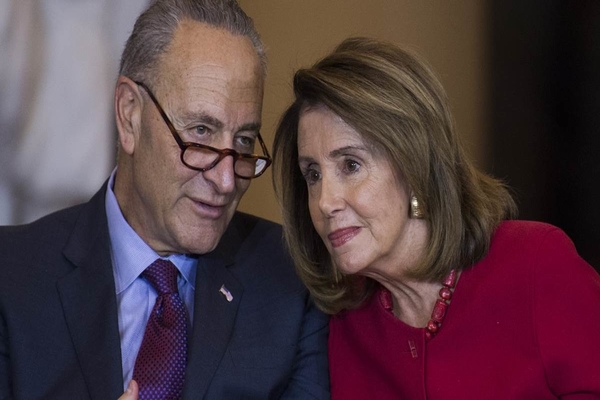 House Intelligence Committee Chairman Adam Schiff (D-CA) declared a special committee tasked with investigating the January 6 Capitol riot would hold a hearing. Capitol Police officers would have an opportunity to tell Americans what happened while on MSNBC’s Deadline.

Anchor Nicolle Wallace said, “The Capitol Police have become the face of really feeling betrayed by Republicans who refused to award medals. About 21 of them refused to sign on to an award for them. But then, even more substantively at the policy level, refusing to move forward with the bipartisan commission outside of Congress. And but it seems that there are still questions about what they knew and whether any of — I believe there were more than 30 Capitol Police officers suspended in the days and weeks after. Are there still a body of questions there, or have the congressional committees answered most of them?”

Schiff said, “We are already talking about our first hearing. One of the Capitol Police officers who raised that question after being the subject of racial epithets defending the Capitol, is this America? That question is really at the heart of this enterprise, at the heart of this select committee investigation. It gets to the point you were making about the domestic terrorism threat, which is now the predominant threat to the country and exceeds the threat of international terror.”

He continued, “So we want to hear from those police officers. They do feel that they have been not only victimized on that day but let down by our GOP colleagues. They should have an opportunity to speak out to tell the American people what they went through. We also want to learn how they were trained by their department, how they were treated by their department. The House Administration Committee has made a lot of progress into some of the media questions about how that department may need to be restructured.”

Thompson did not specify when the hearing would occur or which officers would be called to appear. He did make it clear the process would begin with or without the participation of Republican appointments – House Minority Leader Kevin McCarthy (R-CA) has not yet committed.

“Although we eagerly await the arrival of our five other colleagues, many of us hope to begin the process with a hearing in which the Capitol Police officers themselves could be able to testify about their experiences,” Thompson said.