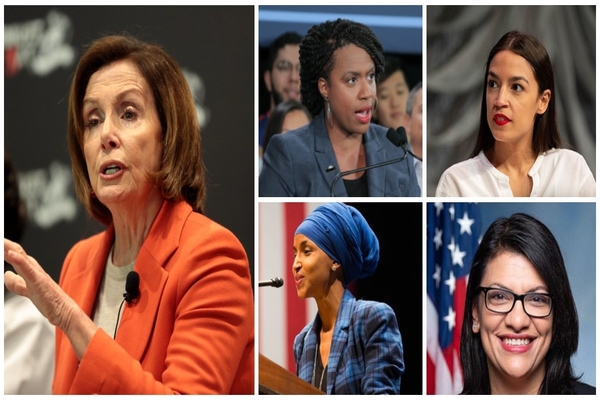 GOP slams House Democrats as they defunded Israel’s Iron Dome within a government funding bill after radical left Democrats threatened to vote against the funding bill.

Within days the Dem-controlled Congress must pass a funding bill and suspend the debt limit to halt a government shutdown as funds will be exhausted at the end of this month. There is little chance of the funding bill passing the Senate, as ten Republicans would need to vote with Democrats.

The Iron Dome funds removal shows the frantic mood of the Democrat leadership over passing President Biden’s massive tax and spending proposals. On Tuesday, the White House urged Biden to approve the defunding of the Iron Dome.

Sen. Marsha Blackburn (R-TN) tweeted the far-left has shown their true colors by defending Hamas. “The radical left shows their blatant disregard for supporting our ally Israel and Israel’s right to defend itself against Hamas terrorists.”

Rep. Randy Feenstra (R-IA) tweeted that Biden contradicted himself by proclaiming Israel as an ally while allowing his Party to abandon Israel. “President Biden proclaimed to our allies that “America is back,” but since then he has abandoned Americans & allies in Afghanistan, weakened our relationship with France, and now his Party has let down Israel — our closest ally in the Middle East.”

Rep. Byron Donalds (R-FL) tweeted, “This will put Israel in danger & will further embolden countries that wish to see Israel wiped off the face of the Earth,” stating Pelosi has surrendered to the far-left.

America Rising PAC tweeted the Democrats’ decision is consistent with their past treatment of American allies. “Over the past few weeks, Democrats have repeatedly left our closest allies out to dry.”