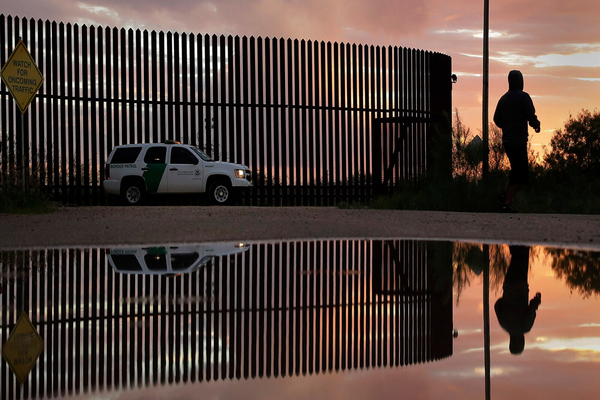 Amnesty for migrants proposed by the Democrats aims to create a way for U.S. employers to funnel more cheap foreign graduates into middle-class careers that American graduates need.

“This is the American aristocratic class being rewarded for being in financial bed with the Democratic Party,” said Robert Law, director of regulatory affairs and policy for the Center for Immigration Studies.

The bill was revealed Friday, and by Monday, it was quietly rushed through the House judiciary committee without coverage from C-Span. Mark Zuckerberg’s empire is marketing the relief bill for deserving illegal migrants – it boosts investors by drastically expanding the flow of cheap workers, consumers funded by the government, and house packing renters into the U.S. economy. Democrat leaders intend to squeeze the bill through the Senate via the 50-vote reconciliation process.

The expanded foreign worker pipeline will be open until September 2031, at least, even though millions of Americans will need jobs after graduation with debt and degrees in health care, accounting, teaching, business, design, science, technology, or engineering. “If you’re in the pipeline by September 30, 2031, you’re in [the 2021 amnesty bill],” Jenks added.

The hidden pipeline is created in Section 60003 on page 12 of the draft bill, which states, “The secretary of State shall exempt an alien (and the spouse and children of each alien) from the numerical limitations described in sections 201, 202, and 203.”

The white-collar pipeline is hidden under obscure legal references, and it connects and widens existing unmentioned pipelines in the amnesty bill. The channels include the well-known H-1B program and the little-known but massive Optional Practical Training (OPT) program invented by President G.W. Bush deputies. A similar expansion was included in the January immigration bill introduced by Biden’s deputies.

The imported visa workers are fed into an indentured workforce with at least one million foreign graduates, including J-1 science workers, L-1 managers, and Curricular Practical Training students. The workforce also consists of an uncertain number of illegal white-collar workers, including B-1/B-2 visitors.

Roughly 600,000 foreign graduate students are brought into the U.S. workforce through the pipeline each year – although about half leave after two or three years – even as about 800,000 Americans graduate from four-year colleges with technology-intensive degrees such as health care, engineering, management, science, architecture, and software.

The bill draft allows roughly one million international students into the U.S. and the green card pipeline – along with all future foreign college students who make it into the channel by the end of 2031.

U.S. executives and foreign-born managers use the green card workforce to displace Americans who would like careers at Microsoft, Intel, Facebook, Apple and Amazon, and other Silicon Valley firms, science laboratories, insurance companies, consulting firms, universities, hospitals, and major banks.

Amongst this displacement, median salaries for Americans with bachelor’s or advanced degrees rose slowly. Overall by 15 percent in the 40 years from 1979 to 2019, according to a report by the Congressional Research Service in December 2020. The median housing price rose by 500 percent in the same period. Correspondingly, investor’s wealth in the stock market rose by 900 percent during the same period.

Parents are hoping that their kids will find lucrative careers in science, technology, engineering, mathematics [health care, business, and design, but] they’re going to be competing with foreign people that are prepared to work for much less because to them, it’s not the salary [that matters], it’s the pathway to citizenship, and companies exploit that.

The government’s offer of green cards with citizenship for the migrants and all their children and descendants “is the greatest deferred compensation bonus that can be offered,” said Law.

That’s exactly why employers dangle it there to entice foreign workers. The employer holds all the cards there, which ensures that the foreign worker stays compliant and immobile, and doesn’t ask for a raise or better working conditions. There’ll be no point in sending an American to college — which continues to become astronomically expensive — when you won’t get a decent job, and you might not even get a job. You’re must just rack up debt, and then you’re going to end up living back at home and be forced onto the dole.

This is creating a permanent underclass of actual Americans who used to view colleges as an opportunity for advancement.

Executives prefer foreign graduates in many cases because the workers do not have the legal rights held by Americans.

Without legal rights, mid-level managers can send them back to their poor homelands. This lack of power allows executives to pay them little, ignore their opinions, make them tolerate longer hours, change work locations, and transfer from one company to another company.

Most of these foreign gig workers are introduced by sweatshop subcontractors. This domestic outsourcing ensures they will not complain as they are hired, fired, moved, and abused by Fortune 500 clients. These companies risk bad press from progressive journalists who are required to cover migrants.

The tech sector hires foreign graduates as mid-skilled workers for maintaining and modifying insurance company software; ordinarily, this would be given to American graduates.

This informal knowledge-sharing was critical to Silicon Valley’s growth versus tech centers in other cities — but was essentially shut down in the early 2000s. The CEOs first used an illegal hiring cartel but then shifted to greater use of foreign graduates. The result is that the tech industry uses the green card workforce to corral the technology under their control. The exclusion of innovative American graduates minimizes the risk that corporate technology or business secrets will be leaked when American graduates quit or form rival companies.

“I was brought up that if you find an [technical problem] issue, raise it immediately,” one American professional told Breitbart News. However, the rules are different in an office run by Indian managers who gain from the expanded outsourcing instead of long-term innovation and profitability. He said:

When you find a bug, don’t announce it [to your department colleagues]. Announce it to your [Indian] boss [because] they want to make sure it’s not their problem and not their bug. Don’t go through the normal process.

“This is the [white-collar version of the] ‘Any Willing Worker‘ provision” that President George W. Bush pushed in 2001, Law added. “This is a big payback to Silicon Valley for their continued dedication and financial support of the Democrat Party.”