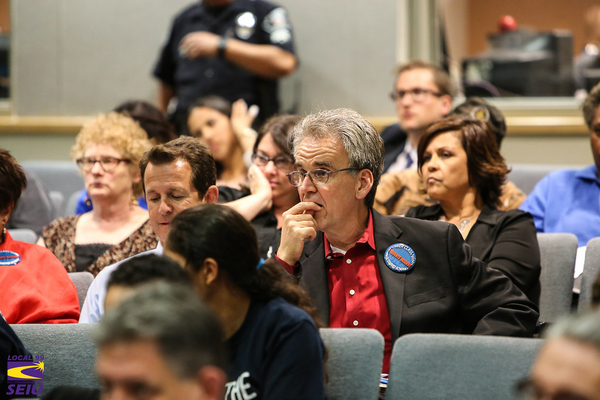 The National School Boards Association urges the Biden administration to classify concerned parents as terrorist threats due to the backlash against critical race theory, mask mandate, and the other abusive practices the schools are pushing on the children.

“As these acts of malice, violence, and threats against public school officials have increased, the classification of these heinous actions could be the equivalent to a form of domestic terrorism and hate crimes,” the letter states.

In the letter, parents who oppose radical leftism in schools are called “angry mobs” and demand federal action to destroy their 1st Amendment rights.

Big League Politics has reported on how the people are rising up against the public school indoctrinators who have tortured children shamelessly with fear propaganda and anti-American teachings:

“Patriotic school board protests across the nation are engendering fear in the heart of the globalist establishment. Parents have had enough of government officials trying to mandate facemasks, vaccines, anti-white Critical Race Theory teachings, and other tyrannical measures on America’s schoolchildren.

Parents who recently stormed a school board meeting in Vail, Arizona, and elected an alternative school board inspired parents nationally by getting a win: the school district dropped its planned mask mandate for the school year. Now, the movement is on to force out-of-control school boards to actually listen to parents’ voices. The trend is racking up wins, including Florida Governor Ron DeSantis’ ban on school mask mandates in the Sunshine State. Parents protested against the statewide mask mandate in Louisiana on Thursday. Democrats are panicking.

After a protest against mask mandates at the Williamson County School Board in Tennessee, Joe Biden slammed protesters Thursday, stating, “I saw a video and reports from Tennessee of protesters threatening doctors and nurses who were before a school board making the case that to keep kids safe, there should be mandatory masks. And as they walked out, these doctors were threatened; these nurses were threatened. You know, our health care workers are heroes. They were the heroes when there was no vaccine. Many of them gave their lives trying to save others.”

Biden chooses not to promote the plight of the many health care workers, including doctors and nurses, that have been protesting against vaccine mandates outside of hospitals across America in recent days. Biden also chooses to take a very partisan view of what happened in Tennessee.”

The public schools are pressing the despicable behavior that made them disliked in the first place. It is time for American citizens to stand up and increase their opposition to these left-wing agitators.