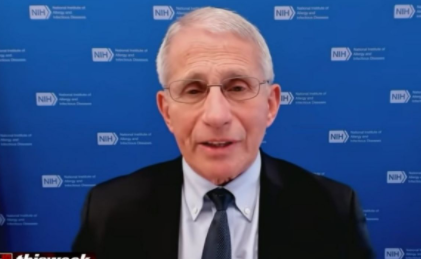 (Big League Politics) – Federal medical czar Anthony Fauci stands to collect the most lucrative federal retirement pay in the history of the United States government, according to an estimate from auditors at OpenTheBooks.com.

Fauci is already the highest-paid employee of the US federal government, collecting over $434,000 in 2020. Such a federal salary is considerably higher than that paid to the Chief Justice of the Supreme Court and Senators. The President isn’t a federal employee, but he is paid $400,000 a year plus expenses, compensating Fauci even more than the US head of state.

Globalist president George W. Bush had rewarded Fauci with a “permanent pay adjustment” in recognition of Fauci’s biodefense work. The federal medical czar, restyled as chief medical advisor to the President, has been caught lying about his agency’s role funding dangerous gain-of-function research at the infamous Wuhan Institute of Virology in China. Fauci’s standard pay is higher than the ordinary ceiling for civil servants, thus buffing his retirement package to extraordinary levels.

The 81-year old Fauci has worked for the federal government for a whopping 55 years, establishing himself as the director of the National Institute of Allergy and Infectious Diseases. In spite of the lucrative golden parachute awaiting him upon retirement, the medical czar has emphasized he has no plans to leave his position, likening the coronavirus pandemic to World War II and claiming only he offered the insight to interpret science for the public in a recent interview.