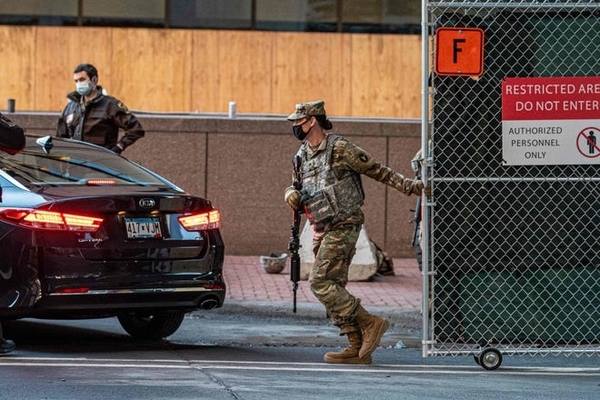 What will happen in Democrat-run cities if Minneapolis police officer Derek Chauvin is found not guilty.  Prospective Jurors are concerned for their safety.

One was anxious, worried about high emotion surrounding the case. One worried his family might be targeted. And one was delighted to receive her jury summons — even after learning she might wind up on the panel considering whether to convict a former police officer in George Floyd’s death.

The person who worried about the divisiveness of the case was dismissed, as was the potential juror who feared his family could be targeted.

Look at what happened after George Floyd’s death; these jurors have the right to be concerned.

The video of Floyd’s suffocation was horrifying.  It was a time when we could have all came together as a country. Democrats and the fake media avoided Unity, especially in an election year.

The Democrats and media deployed the domestic terrorist group’s Black Lives Matter and Antifa to swarm through dozens of Democrat-run cities.

Most of the Democrats running those cities allowed the destruction of their cities. Nearly 20 people dead, billions of dollars in damage, countless small businesses destroyed and looted, numerous assaults, and multiple acts of arson.

If Chauvin is acquitted, Democrat-run cities will be in danger.  Jurors will indeed be hunted with the help of the Democratic party and the media.

The justice system is not supposed to work on multiple-choice crimes. The state’s job is supposed to prove guilt beyond a reasonable doubt, but if the state doesn’t know which crime Chauvin is guilty of committing, how can it be proven?

Will the government frame a guilty man?