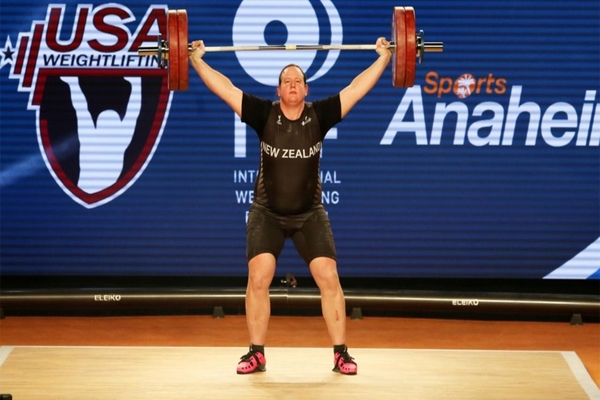 The International Olympic Committee (IOC) has announced the first trans athlete to compete in the Olympics. Laurel Hubbard, a male who identifies as a woman, will be among the weightlifters.

Hubbard was among five weightlifters confirmed Monday in New Zealand’s team for Tokyo. At 43, she will also be the oldest weightlifter at the games and ranked fourth in the competition on Aug. 2 for women 87 kilograms (192 pounds) and over.

“I am grateful and humbled by the kindness and support that has been given to me by so many New Zealanders,” Hubbard said in a statement. “When I broke my arm at the Commonwealth Games three years ago, I was advised that my sporting career had likely reached its end. But your support, your encouragement, and your aroha (love) carried me through the darkness.

“The last eighteen months has shown us all that there is strength in kinship, in community, and in working together towards a common purpose. The mana of the silver fern comes all of you, and I will wear it with pride.”

Hubbard, age 43, transitioned in 2012 and would have been on New Zealand’s last Olympics team if an injury had not prevented it.

Intense fire from groups dedicated to preserving fairness and safety in women’s sports has arisen. The group Save Women’s Sports Australasia called the IOC’s decision to include Hubbard “flawed policy.”

“It is flawed policy from the IOC that has allowed the selection of a 43-year-old biological male who identifies as a woman to compete in the female category,” the group declared in response to the decision.

Sharron Davies, a female British Olympian who has been outspoken on the issue of trans athletes, voiced her dissent in response to the IOC’s decision, among others:

“The IOC policy specifies conditions under which those who transition from male to female are eligible to compete in the female category,” ESPN reports. “Among them is that the athlete has declared that her gender identity is female and that the declaration cannot be changed, for sporting purposes, for a minimum of four years.”

The IOC requires trans athletes to maintain a certain testosterone level for 12 months before the competition. According to IOC, Hubbard met the requirements.

IOC policy states: “The overriding sporting objective is and remains the guarantee of fair competition.”

It is uncertain if the biological females competing in weightlifting at the Tokyo Olympics agree the IOC has met that objective.