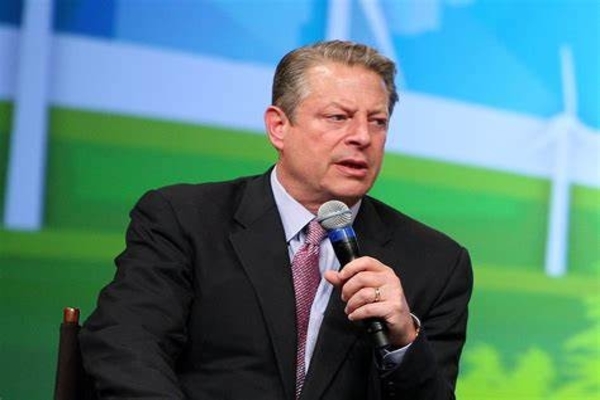 According to a report in the Washington Post, Gore called Biden personally to demand that billions of climate spending be included in his infrastructure bill.

John Podesta, the former manager for the failed campaign of Hillary Clinton, encouraged Gore to contact Biden. However, Podesta’s influence took a drastic decline after Clinton’s loss to Trump in 2016.

Biden has proposed hundreds of billions of dollars in climate spending in his infrastructure plan, including over a trillion in green energy tax credits, $274 billion to build and “retrofit” affordable housing, $174 billion for electric vehicles, $100 billion for improving electric grids, $16 billion to plug oil and gas wells, $10 billion for a “Civilian Climate Corps,” and $5 billion for climate research.

Leftist Democrats in the Senate have ramped up their demands for green spending.

Senate Republicans oppose Biden’s spending on green energy, arguing the money should be focused on traditional infrastructure projects like bridges and roads.

Gore urged Biden to halt the Byhalia Pipeline in Tennessee, as activists have targeted the project by “environmental justice,” claiming it will risk the black community in Memphis’s drinking water.