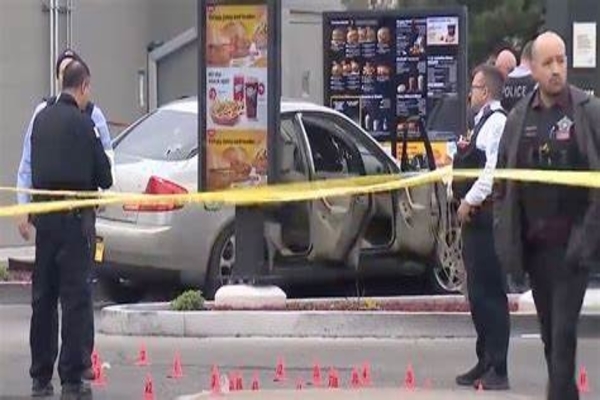 Over the weekend in Chicago, Twenty four people were wounded, three fatally on the watch of Mayor Lori Lightfoot (D).

ABC7 / Chicago Sun-Times reported the first fatality of the weekend occurred around 7:00 pm Friday. An 18-year-old man was shot dead “in the 3600 block west of 16th Street.”

The second fatality occurred at about 4:20 pm Sunday. A seven-year-old girl was shot numerous times while in a McDonald’s drive-thru with her father. The location of the incident is “3200 W Rosevelt Road.” Police said the shooting was believed to be gang-related. Less than three hours later, two people were shot in their car at a Popeyes in Humboldt Park, which investigators believe is connected to the McDonald’s shooting.

The third fatality occurred at about 11:20 pm Sunday. A forty-three-year-old was shot in the chest, fatally wounded while standing on the sidewalk “in the 4900 block of West Madison Street.”