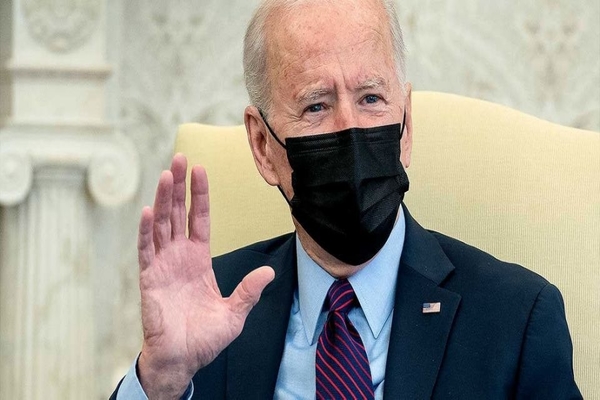 (Big League Politics) – The Biden administration stands to end the second week of 2022 with a slew of embarrassing political failures, facing already record-low approval ratings and standing to solidify his position as one of the worst Presidents in American history.

Biden started off the week with a round of polling that showed he’s more unpopular than any President in the post-war era of the United States after the first year of his presidency. A Quinnipiac poll pinned Biden’s approval ratings at a dismal 33%, a rating perhaps only matched in recent memory by George W. Bush, a President widely considered to have been the worst in American history.

Democrat Senators Joe Manchin and Kyrsten Sinema announced in the following days that would refuse to sign off on a Democratic plot to abolish the Senate’s filibuster, a fantasy of progressives who desire to ram through a left-wing agenda without needing the votes of 60 Senators. Abolishing the filibuster had been considered a final hope for Biden to pass his legislative agenda before the 2022 midterms, with the elder Democrat now slated to have spent his first two years as President merely sitting in office without considerable policy accomplishments.

The President had preceded his filibuster failure with a vicious speech likening his political critics to traitors, Confederates, and white supremacists. Senior Democratic Senator Dick Durbin even admitted Biden was beyond the pale in the missive, with the Democrat having promised to work with Republicans as President, only to find himself slandering and hatefully attacking them.

On Thursday, the Supreme Court terminated President Biden’s OSHA vaccine mandate, averting an executive measure that would require every business in America with more than 100 employees to mandate vaccination as a term of employment. A tweet from Biden’s Chief of Staff, Ron Klain, was partially used as basis for overturning the unconstitutional mandate, with Klain having openly admitted an OSHA mandate amounted to a “work-around” of Congress.

Whispers of a Democratic primary challenge or even the party’s powerful oligarchs yanking Biden before 2024 have surfaced as his presidency devolves into a dumpster fire.