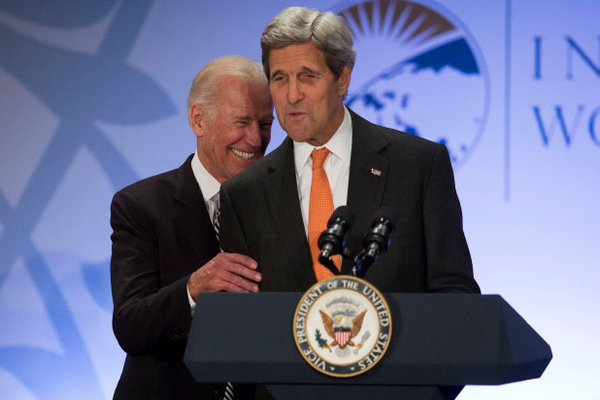 “These allegations are deeply concerning; Iran’s foreign minister on tape alleged that Kerry told him that Israel carried out over 200 military strikes on Iranian forces in Syria,” Cruz said, describing it as “utterly disqualifying,” if accurate.

“If that is true, it is criminal. It is disclosing serious, sensitive, classified information about one of America’s closest allies, the nation of Israel,” to a “dangerous enemy of America and enemy of Israel. The caveat, if it’s true, is important,” he added.

“We don’t know if that is, in fact, true,” Cruz emphasized, noting Kerry denied the allegation.

“I think there needs to be a serious investigation,” Cruz said, although he described the allegation as being “consistent with John Kerry’s long pattern of deep animosity to Israel.”

“He is one of the most anti-Israel figures in the Biden administration. When he was Secretary of State, he described Israel as an apartheid state, which is a false accusation that is still used by the enemies of Israel against it today,” Cruz said, reminding the audience that he called for Kerry’s resignation at the time because it was “such a damaging comment.”

“We also know that Zarif is someone who Kerry has palled around with for years, has met with repeatedly in the Obama administration. He talked to Zarif repeatedly,” the Texas Republican said, calling for a “serious investigation into whether this is true or not.”

“If it’s true, if he leaked classified information — damaging to Israel, damaging to America — to our enemy, absolutely he should quit, or if Joe Biden were a real leader, he should fire him,” Cruz said. “But we need to find out if it’s true first.”

Other GOP leaders are calling for either an investigation or resignation, including Sen. Dan Sullivan (R-AK), Sen Rick Scott (R-FL), and Rep. Elise Stefanik (R-NY).