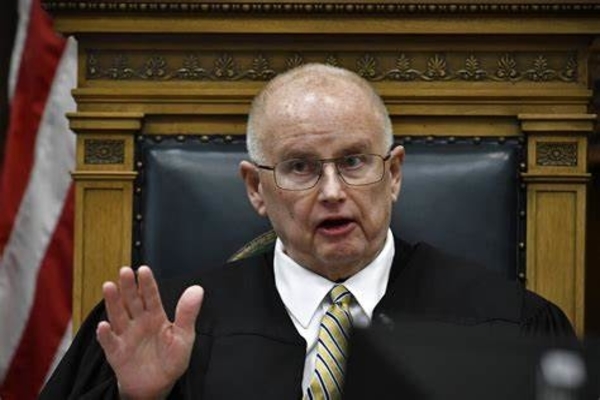 The jury asked Rittenhouse’s Judge Bruce Schroeder if video evidence should be viewed in court or in private, prompting the judge to say: “My nightmare has come true,”

The judge referred to the video evidence controversies that the prosecution presented during the trial. Whether the AI-enhanced zoomed-in-images were admissible and whether the prosecution had withheld a higher resolution version of the video.

On Tuesday, the defense moved to dismiss the case, arguing the prosecution had improperly withheld the evidence.

It is unclear which video, in particular, the jury asked to review.

The jury just asked two questions – where to view the video and about the numbering of video evidence exhibits.

The prosecution attempted to use high-resolution video to argue that Rittenhouse had raised his rifle and aimed it before he was charged by Joseph Rosenbaum, the first person he shot during the riot on Aug. 25, 2020, during the closing arguments. While the jury was absent, the defense argued the prosecution had used an invalid method to enhance the image and told the jury that Rittenhouse had been facing the opposite direction and would not have aimed a rifle with his left hand.

The judge said the video would be reviewed in court with spectators and lawyers absent.

Judge Schroeder addressed his decision to prohibit the prosecution from referring to the three men shot by Rittenhouse (one of whom survived and testified) as “victims,” his unusual practice of allowing the defendant to draw the numbers of six alternate jurors out of a barrel, and his delay on defense motions to dismiss the case.

He also blasted harassment directed against both the prosecution and defense attorneys, calling it “shameful, some of the things that are being done to these people.” He added that he might not be inclined to allow trials to be televised in the future.

According to The New York Times, defense lawyer Corey Chirafisi made a separate request Wednesday for a mistrial due along with the same line of reasoning.

“We didn’t have the quality of evidence that the state had until the case had been closed,” he told Judge Bruce Schroeder.

The Times reported the defense is now “asking for a mistrial ‘without prejudice’ — meaning that prosecutors could refile charges — arguing that they did not have access to a high-quality video that most fully captures the first of the three shootings.”

A retrial would be possible if the judge grants the motion for a mistrial without prejudice. Given Chirafisi’s pleas for a fair trial with all relevant evidence presented, it would appear the defense team is ready for that possibility.