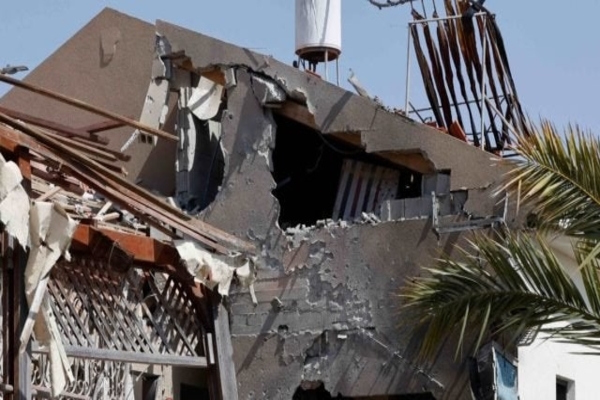 On Tuesday, a barrage of missiles launched from the Hamas-run Gaza Strip left two Israeli women dead in the southern Israeli city of Ashkelon.

One woman was in her 60’s the other was in her 80’s. Several more were wounded from the rocket, at least one in critical condition.

The terror group Hamas boasted they fired 137 rockets at Israel in a 5-minute time frame, bringing the total to 400 plus from the previous night, more than 70 Israelis wounded. “Many more surprises” are in store, warned the terror group.

The Israeli military continued to strike Hamas and Islamic Jihad terrorist sites throughout the Gaza Strip. The Israel Defense Forces issued a statement shortly after the attack that killed the two women saying it had killed two top Islamic Jihad commanders who oversaw the terror group’s rocket arsenal.

“The IDF will continue to act resolutely to restore security to the residents of the south, and all commanders must prepare for the expansion of the campaign, with no time limit,” the IDF said in a statement.

In operation dubbed “Guardians of the Wall,” the IDF targeted more than 130 terror sites throughout Gaza overnight Monday.

IDF Spokesperson Brig.-Gen. Hidai Zilberman warned that the military is “prepared for a variety of scenarios” and vowed to continue responding with force.

“We will continue to act vigorously against Hamas and other terror organizations,” Zilberman said, noting that Hamas is to blame for “what is happening and will bear the consequences.”

Additional Iron Dome missile defense batteries were deployed to the south by IDF.

Israeli President Reuven Rivlin told European ambassadors to Israel that “no country in the world would accept a similar situation. We will never accept such a reality.”

“We will defend our citizens with all necessary means,” he added.