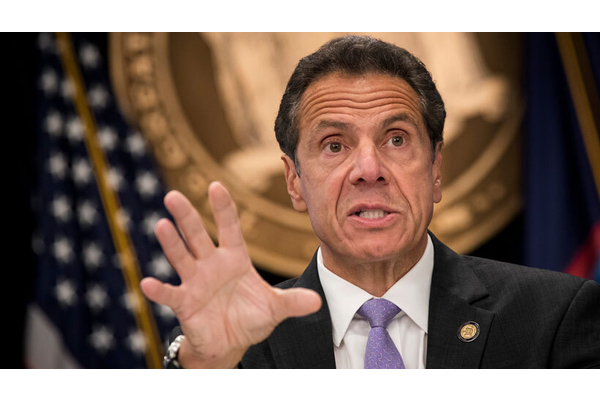 Cuomo spoke after a 50-minute presentation from his lawyer defending him against the detailed report from the state attorney general.

“The most serious allegations made against me had no credible factual basis in the report,” he said, referring to a woman’s accusation that he groped her in his office.

Cuomo dismissed the rest of the complaints as “alleged” as he excused his behavior as either a part of a joke, a result of a “sense of humor” or kissing people “casually.”

“In my mind, I’ve never crossed the line with anyone, but I didn’t realize the extent to which the line has been redrawn,” he said.

Cuomo tried to excuse his behavior as innocent.

“I have slipped and called people honey, sweetheart, and darling. I meant it to be endearing, but women found it dated and offensive,” he said.

Cuomo addressed allegations from a female trooper on his security detail, noting he worked to promote “diversity” to get more women on his team.

“The lack of diversity on the state police detail was an ongoing disappointment for me,” he said.

Cuomo first met the female trooper in 2017 and demanded she be included in his security detail.

The state trooper, identified in the attorney general report as “Trooper #1,” accused Cuomo of running his hand over her stomach, walking past her while she held doors open for him, running his hand down her spine while in an elevator, and kissing her on the cheek.

Cuomo did not recall touching her inappropriately; however, he admitted to frequently feeling members of his security detail.

“At public events, troopers will often hold doors open or guard the doorways,” he said, noting that he often gave them a “grip of the arm, a pat on the face, a touch on the stomach, a slap on the back.”

Cuomo said he liked to “banter” with the female trooper and joked about marriage’s “negative consequences.”

“I meant it to be humorous. She was offended. And she was right,” he said.

Cuomo acknowledged his actions as a “mistake” when apologizing to the women on his security detail.