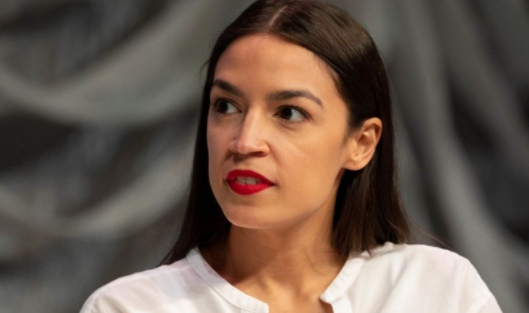 (Big League Politics) – Socialist congresswoman Alexandria Ocasio-Cortez was spotted sipping a cocktail at a sushi restaurant in Miami Thursday, raising questions about the Democrat’s priorities as her home state of New York incurred a record number of coronavirus cases.

AOC was present at the restaurant, Doraku Izakaya and Sushi​ in Miami with her boyfriend, Riley Roberts. National Review published the photos on Thursday.

AOC has parroted the establishment Democrat line on wearing the largely pointless masks before, shaming former Vice President Mike Pence for declining to wear one of the face muzzles.

When I warned everyone in *February* that Pence doesn’t believe in science and shouldn’t be in charge of COVID response, I meant it.

But I admit I did not have “VP visits COVID patients without wearing a mask” on my bingo board. https://t.co/LmMM3n0Eng

AOC went on to erupt into a truly bizarre Twitter rant following criticism of her hypocrisy, accusing Republicans of projecting their supposed infatuation with herself by pointing out her conduct. AOC went on to cite her boyfriend’s feet, in a tweet that’s left some questioning the sanity of the far-left “squad” member.

If Republicans are mad they can’t date me they can just say that instead of projecting their sexual frustrations onto my boyfriend’s feet.

AOC criticized Republicans for opposing mask mandates before, revealing herself willing to force the pointless garments on everyday people even as she declines to wear one, herself.

The state just endured one disaster worsened by selfishness + denial of basic science, and now conditions are being set for another.

Cases pale in importance to deaths and severe infections, the latter of which appear less common as a result of the omicron variant of coronavirus than previous strains of the disease. However, science regarding the severity of the omicron variant hasn’t stopped Democrats such as AOC from engaging in hysteria and talking political partisan cheap shots at conservatives.

AOC tried to turn the scandal into a partisan cheap shot targeting Ron DeSantis, repeating debunked allegations accusing the Florida Governor of taking a vacation as the state incurred a spike in coronavirus cases of its own. However, AOC is the one absent without leave, not DeSantis.

Lady, you are literally vacationing in his state