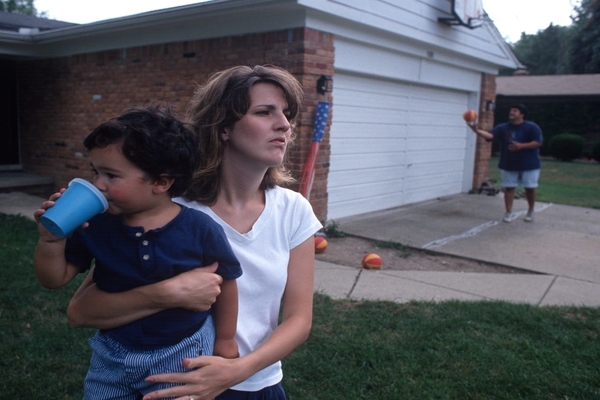 “A specter is haunting America, a great revolt that threatens to dwarf the noxious rebellion led by Trump … a new middle-class rebellion against the excesses of the Left,” Kotkin says in a June 4 article for Newsweek.

A wide-ranging intellectual revolution bolsters this new middle-class rebellion by traditional liberals against the Left’s dogmatism and intolerance. Indeed, what we’re about to see has the potential to reprise the great shift among old liberals that had them embracing Reagan in reaction to the Left’s excesses of that generation.

He argues that deeply unpopular among many Americans are Biden’s policies on race, housing, hiring, “equity,” and crime. In addition, Biden is losing the middle class on “immigration,” he wrote.

Democrat’s education, anti-patriotism, crime, energy, and job policies are harmful to many ordinary Americans, he said.

Major pushback on how the progressive Left sees American history is also brewing. Americans, by and large, remain patriotic, including the poor and working class. This patriotism stands in stark contrast to the prevailing view among progressives, which casts America as the intrinsically and irredeemably evil spawn of slaveholders and racists. This simply does not constitute a popular program to the middle and lower classes, a gap that could become more and more meaningful—especially as the message of the Left spreads.

California shows where progressives will drag Americans unless there is a revolt against their green war on jobs, he argues:

California provides a precursor for the emerging climate regime. Our state’s fixation on renewable energy, along with the closure of natural gas and nuclear plants, has helped drive the cost of electricity and gas to the highest in the continental U.S. It has also systematically undermined key blue-collar industries like energy, construction, and manufacturing, which have stagnated or shrunk, while regulations designed for climate reasons have helped boost home prices to the nation’s highest.

Kotkin is getting praise from mainstream politicians, including JD Vance (R), who runs for an Ohio Senate seat.

Vance has a matching criticism of the nation’s investor-dominated economy. He wrote in 2020:

The [coronavirus] has revealed an American economy built on consumption, reliant for production on regimes either indifferent or actively hostile to our national interest. Production, where it still exists in our country, clusters in megacities, where “knowledge economy” workers live uptown from the low-wage servants (disproportionately immigrants) who clean their laundry, care for their children, and serve their food.

Perhaps we shouldn’t build our cities like that. Maybe we should make things in America. And if not all things, then at least enough so that the next time China unleashes a plague, it can’t threaten us with a loss of medicines and protective equipment.